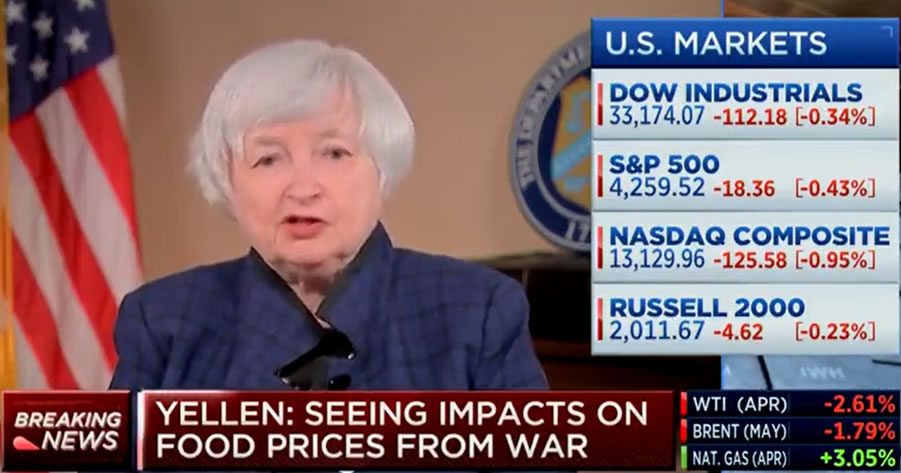 Treasury Secretary Janet Yellen appeared to contradict the White House in a Thursday interview after saying that she expects another year of “uncomfortably high” inflation.
“I think there’s a lot of uncertainty related to what’s going on with Russia and Ukraine and I do think that it’s exacerbating inflation,” Yellen said on CNBC Thursday. “I don’t want to make a prediction exactly as to what’s going to happen in the second half of the year, you know, we’re likely to see another year in which 12-month inflation numbers remain very uncomfortably high.”

Earlier in the day, White House Press Secretary Jen Psaki suggested inflation would “moderate” at the end of this year and that it continues to be the “projection” that high inflation will be “temporary.”

“We rely on the assessment of the Federal Reserve and outside economic analysts who give an assessment of how long it will last. The expectations and their assessment at this point is that it will moderate at the end of the year,” Psaki said.

In May of last year, Psaki assured Americans that inflation would be “transitory” which is a term that Yellen said in December of last year should not be used to describe inflation.