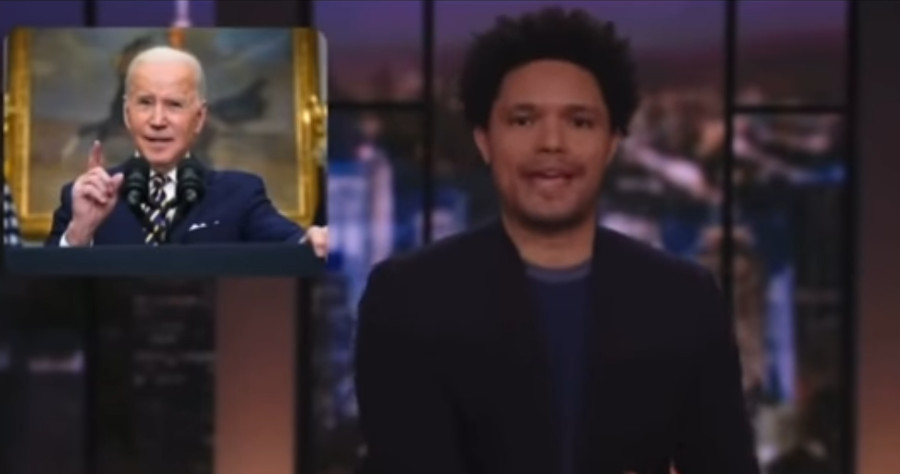 Trevor Noah is no fan of Donald Trump. He has ripped the former president and his family endlessly and celebrated when he was ‘impeached.’

So when the Comedy Central host recently floated the idea of bringing back Donald Trump to prevent further humiliation from Biden’s disastrous policies, it blew many long-time watchers away. Watch:

“You have got to be kidding me,” Noah said. “Apparently, Saudi Arabia won’t even pick up the phone for the president of the United States.”

Noah is referring to a WSJ-sourced report that both the Saudis and the United Arab Emirates effectively sent Biden to voicemail when he tried to call for OPEC oil and gas assistance.

“I mean, look, I know it’s hard to arrange those calls,” he said. “You know, Riyadh is eight hours ahead, Biden is asleep by 4 p.m., it’s a narrow window to make it work, but still: That must have been really embarrassing for Biden. Can you imagine? He phones them and they don’t pick up?”

Then he did what nobody on Comedy Central or any mainstream network (not named Fox News or HBO) has done: He defended Donald Trump.

“Now, according to the White House, this story is totally untrue. They deny it, which I would too. But either way, man, there is no denying that Saudi Arabia isn’t playing ball with Joe Biden. And you know what? You can say what you want, but this would have never happened to Donald Trump. Never.”

in these situations, Biden actually wishes that he could hire Trump to step in as ‘President Wild Card.’

You know, just keep everyone on their toes. ‘Cause if Trump was calling, you best believe the UAE, they’d be racing to pick up the phone.”

Noah then imagined how a phone call would go down between Trump and the UAE.

“Too late, Achmed! You made me wait two rings. We’re bombing the UAE – and the UFC, just in case.”

It’s ironic that Noah is referring to two countries — Saudi Arabia and the UAE — that Trump managed to broker Middle East peace deals with Israel. Trump’s presidency was also the most peaceful one in the last 30 years.

This is actually a ‘madman’ tactic that presidents have used going back to Dwight Eisenhower. A president causes uncertainty for foreign leaders because they don’t know if he will take extreme action in retaliation.

Since Biden came to office, Russia has invaded Ukraine, the Iranians launched a missile at a U.S. embassy in Iraq, the North Koreans have launched an ICBM missile system, and China is poised to take over Taiwan.

Somewhere, Biden is eating ice cream. It’s enough to give even the most Woke political commentators serious pause.