True The Vote Drops NEW Bombshell VIDEO of Whistleblower: “You have to give your ballot opened to them so they can see who you are voting for, or who you supposedly have to vote for” 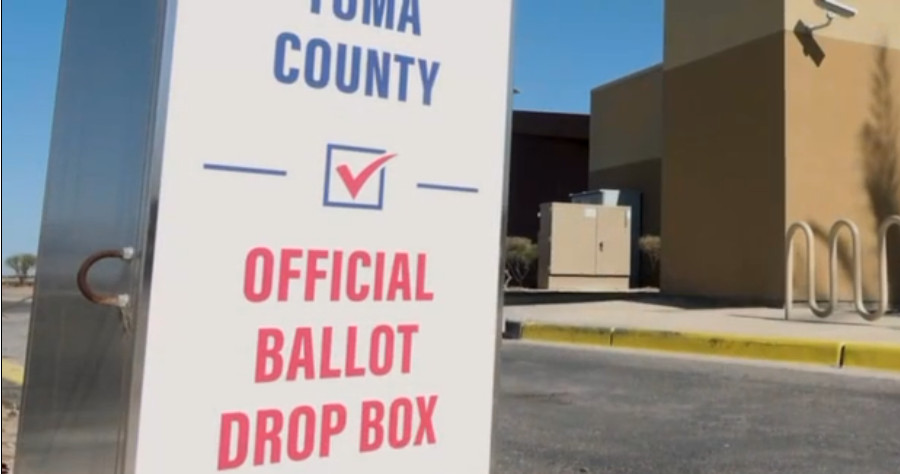 Yesterday, during a public meeting in front of the AZ Senate, True the Vote founder Catherine Engelbrecht and Gregg Phillips testified about their findings in a massive, multi-state ballot harvesting and illegal ballot casting operation via drop boxes.

During their testimony, they released a bombshell video featuring fellow investigator Gregg Phillips and a new whistleblower in Yuma, Co., Arizona, who revealed how the elections were stolen in her community.

In the video, an unidentified female whistleblower outlines how elections are determined by a group of criminals who inflict fear upon their community. She explains how they use fear and intimidation tactics to coerce individuals to vote a certain way and how they’ve ruined the lives of individuals and their families who dare to run for an elected office in their community. Whistleblower: “Because, where I live—you can’t have a voice. If you stand up or if you want to even run against them, you will be shot.

And even, I know people who have tried to run via council or major (mayor), or just anything, and they have been even—they have lost their houses, their lives, everything. They have just run away from them people.”

She asks, “They have been afraid?” then answers her question, “Yes, of course!”

“If you work for the city or if you work for the—um—school board—because we have the Gadsen District— um, School Board, if you’re an employee over there, you have to give your ballot opened to them, so they can see who you are voting for or who you supposedly have to vote for.”

Earlier today, we reported about the indictment of 66-yr-old Democrat operative Guillermina Fuentes, a well-known figure in the border city of San Luis, that was involved in a coordinated and sophisticated ballot harvesting operation.

Gregg Phillips: “So, do they just know that, or does someone tell them that?”

Whistleblower: “They tell them that. It has to be like that,” she responds.

Thanks to the incredible hard work and courage of Catherine Engelbrecht and Gregg Phillips, the house of cards is about to collapse on a massive multi-state voter fraud organization, starting with Arizona.

Only two days ago, Gregg Phillips warned of something even bigger than the “mules” that is about to be released. A lot of people are very likely shaking in their boots today.