‘Truly Insane’: USA Today Is Ridiculed On Social Media For Its ‘What Defines A Woman’ Report 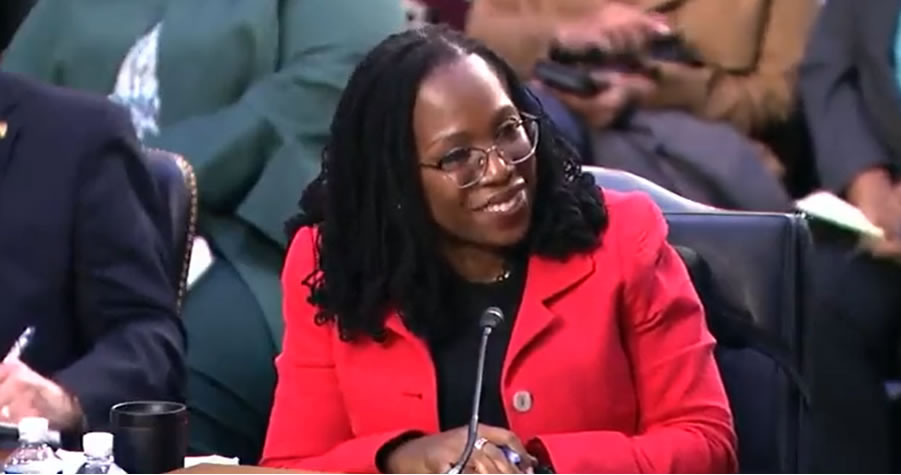 USA Today went viral on Thursday for suggesting there is significant nuance to what defines a woman.

The subject of gender arose during the Supreme Court confirmation of Judge Ketanji Brown Jackson when Sen. Marsha Blackburn, R-Tenn. asked the nominee if she could “provide a definition for the word woman” as the national transgender debate, particularly in women’s sports, may eventually reach the highest court.

“Can I provide a definition? No,” Jackson responded. “I can’t.”

“Not in this context. I’m not a biologist,” Jackson told the senator.

“Scientists, gender law scholars and philosophers of biology said Jackson’s response was commendable, though perhaps misleading,” USA Today wrote. “It’s useful, they say, that Jackson suggested science could help answer Blackburn’s question, but they note that a competent biologist would not be able to offer a definitive answer either. Scientists agree there is no sufficient way to clearly define what makes someone a woman, and with billions of women on the planet, there is much variation.”

The paper quoted Barnard College gender studies scholar Rebecca Jordan-Young, who praised Jackson’s “pretty good answer” for stressing that “context matters” when it comes to disputes the nominee may rule on.

“There isn’t one single ‘biological’ answer to the definition of a woman. There’s not even a singular biological answer to the question of ‘what is a female,'” Jordan-Young said, pointing to at least six “biological markers” of sex in the body, which include “genitals, chromosomes, gonads, internal reproductive structures, hormone ratios and secondary sex characteristics.”

NewsBusters managing editor Curtis Houck called the report “truly insane,” tweeting, “This isn’t a column, editorial, guest op-ed, or even one of those you might see labeled as ‘analysis.’ This is a news article from USA Today’s ‘Health & Wellness’ section.”

“There is no sufficient way to define what makes someone a woman, of which there are billions,” Washington Examiner reporter Jerry Dunleavy joked.