Trump: “A line has been crossed. You’re either with the peaceful truckers or you are with the left wing fascists,” 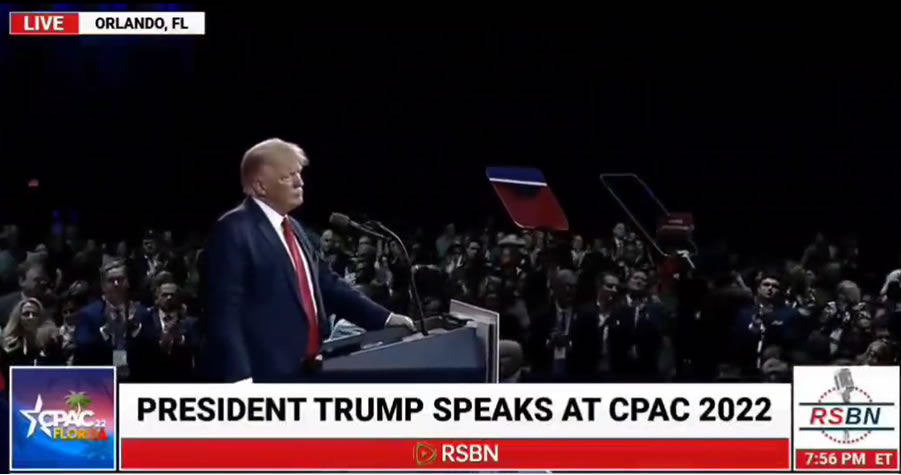 Former President Donald Trump once again praised the Freedom Convoy trucker movement and said, “A line has been crossed. You’re either with the peaceful truckers or you are with the left wing fascists,” on Saturday during his speech at the Conservative Political Action Conference (CPAC).

The tyranny we have witnessed in Canada in recent weeks should shock and dismay people all over the world. In an advanced Western democracy, the peaceful movement of patriotic truckers, workers, and families protesting for their most basic rights and liberties has been violently put down.

Their assets and life savings have been frozen. They have been slandered as Nazis, racists, and terrorists. These are the names they have been called. They’ve been arrested and charged with phony crimes. They’ve been falsely accused of loyalty to foreign powers. I watched them. I saw those Maple Leafs all over the flags and the love for their country. Plenty of Americans were there too, and they love our country.

Trump added that Trudeau is hunting down these peaceful protesters “like enemies of their own government” and treating them “worse than drug dealers and murderers or rapists.”

He went on to draw a line in the sand, saying, “A line has been crossed. You’re either with the peaceful truckers or you are with the left wing fascists.”

Trump then talked about our country and said Americans must stand up and “declare independence from every last COVID mandate.”

“Right here in our own nation. It’s also far past time to declare independence from every last COVID mandate. It’s time,” Trump said. He also added, “With one voice Americans must insist that the emergency is over and we will submit to this left wing tyranny no longer.”

TRUMP: "It's time to declare independence from every last COVID mandate, it's time". pic.twitter.com/Dnl9Z2CPht