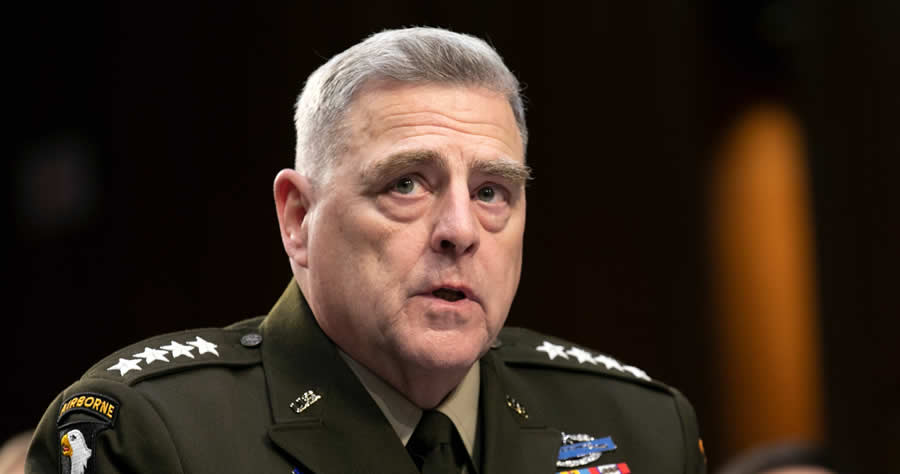 Former acting Secretary of Defense Christopher Miller, who led the Pentagon from the period after the 2020 election through Inauguration Day, said that he “did not and would not ever authorize” Chairman of the Joint Chiefs of Staff Gen. Mark Milley to have “secret” calls with his Chinese counterpart, describing the allegations as a “disgraceful and unprecedented act of insubordination,” and calling on him to resign “immediately.”

In a statement to Fox News, Miller said that the United States Armed Forces, from its inception, has “operated under the inviolable principle of civilian control of the military.”

“The Chairman of the Joint Chiefs of Staff is the highest-ranking military officer whose sole role is providing military-specific advice to the president, and by law is prohibited from exercising executive authority to command forces,” Miller said. “The chain of command runs from the President to the Secretary of Defense, not through the Chairman.”

Miller went on to reference the allegations, which are included in the book “Peril,” co-written by Washington Post reporters Bob Woodward and Robert Costa, that Milley made two secret phone calls, both to his Chinese counterpart, Gen. Li Zuocheng of the People’s Liberation Army. The book alleges that the phone calls took place prior to the 2020 presidential election, on Oct. 30, 2020, and then two days after the Jan. 6 Capitol riot, on Jan. 8, 2021.

Resignation is not enough. If what Woodward says is accurate, Milley should be taken away in leg irons.