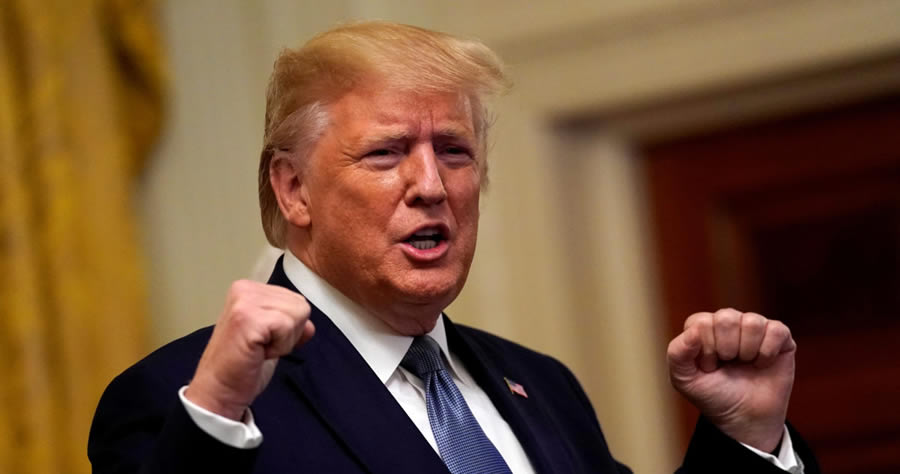 “Attorney General Ken Paxton has been bravely on the front line in the fight for Texas, and America, against the vicious and very dangerous Radical Left Democrats, and the foolish and unsuspecting RINOs that are destroying our Country,” Trump said in a statement.

“Ken is strong on Crime, Border Security, the Second Amendment, Election Integrity and, above all, our Constitution. He loves our Military and our Vets. It is going to take a PATRIOT like Ken Paxton to advance America First policies in order to Make America Great Again. Ken has my Complete and Total Endorsement for another term as Attorney General of Texas. He is a true Texan who will keep Texas safe—and will never let you down!” Trump continued.

Paxton tweeted that he was “honored” to get the former president’s support.

Texas Land Commissioner George P. Bush, the son of former Florida Governor Jeb Bush, is running against Paxton. Bush currently has a photo of himself and Trump pinned at the top of his Twitter profile.

But the Bushes have mostly distanced themselves from Mr. Trump, famously snubbing both Republican nominating conventions and Mr. Trump’s inauguration despite their dynasty having the only two living Republican ex-presidents while Mr. Trump held the post.  George P. Bush is the son of former Florida Gov. Jeb Bush, whom Mr. Trump famously dismissed as “low energy” in the 2016 Republican presidential primary.