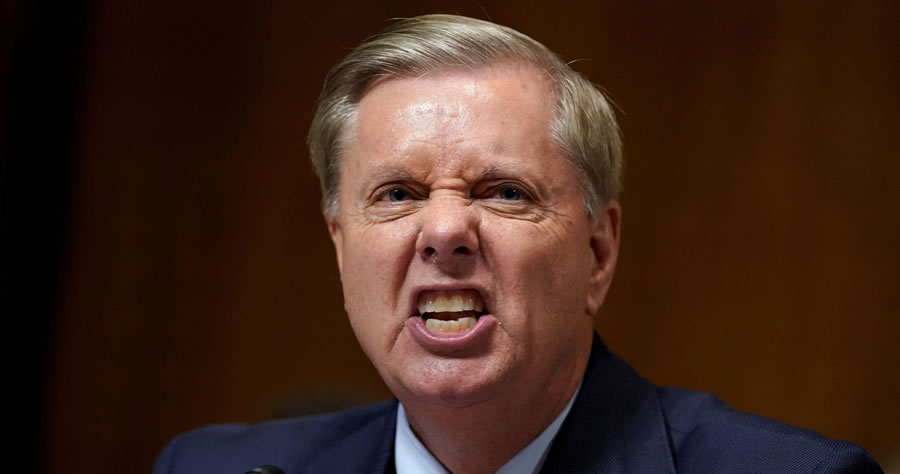 Former President Donald Trump called Sen. Lindsey Graham a “RINO” in a show of umbrage taken with the South Carolina Republican criticizing his floating of pardons for people charged in connection to the Capitol riot.

He made the comment during a Newsmax interview that aired Tuesday night when host Robb Schmitt reacted to Graham saying over the weekend on CBS News that Trump’s pardon suggestion was “inappropriate.” It shows that although Trump and Graham have developed a friendship since being bitter rivals during the 2016 election primaries, the former president is still willing to grouse about his ally when they have a difference of opinion.

“Lindsey’s wrong. Look, they tried to burn down Washington — we’re talking federal buildings. They were terrible. Every Democrat city was on fire, and nobody says anything about it. Antifa and BLM were causing so many problems, including death,” Trump continued.

Trump argued that unlike the protests during the summer of 2020, only “one young fine woman” died during the Jan. 6 riot on Capitol Hill. In truth, five people died were found to have died after the riot ended. Trump set his focus on Ashli Babbitt, a supporter of his who he said was killed by a “ruthless man who never should have used his gun to shoot her.” The Capitol Police officer who shot and killed Babbitt, Lt. Michael Byrd, told NBC News last year that he used his gun on her as a last resort.

The Justice Department declined to charge Byrd in connection to the shooting, and the Capitol Police separately found that his “actions were consistent with the officer’s training and USCP policies and procedures” and that he “potentially saved Members and staff from serious injury and possible death” at the hands of the rioters.