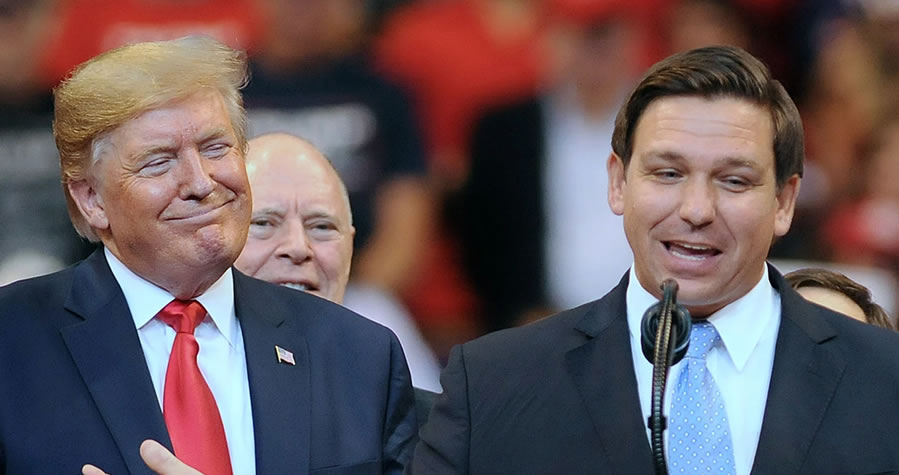 Former President Donald Trump dismissed reports of rising tensions between himself and Florida Gov. Ron DeSantis ahead of a possible 2024 election clash.

The former president insisted during an appearance Thursday night on Fox News that there was “absolutely” no bickering between the two and even praised DeSantis for doing “a terrific job” as governor.

I think Ron said last week publicly, ‘The press is never going to get in the middle of my friendship with Donald Trump. We are not going to do that stuff,'” Trump said on Hannity. “He said it very strongly. I thought that was very interesting and very nice. He said that, and I agree 100%. I have a very good relationship with Ron and intend to for a long time.”

Trump and DeSantis are both seen as frontrunners for the GOP nomination if they join the 2024 presidential race.

Before leaving, Trump was asked if he had decided if he would run for president again in 2024. He dodged the question and said he would give an answer at a later date. “You’ll be very happy” with the decision, he concluded.