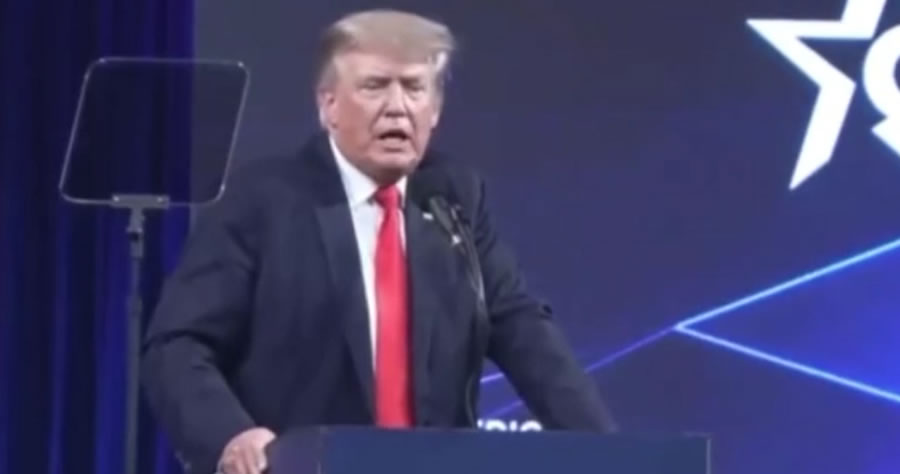 Former President Donald Trump crushed the anonymous CPAC straw poll, winning it with 70 percent of ballots cast by conservatives and far outdistancing Florida’s Governor Ron DeSantis who came in a distant second at 21 percent of the vote.

Trump’s strong showing is a huge improvement from the CPAC event in February when a 2024 GOP primary straw poll showed his support at 55 percent. Republicans made it abundantly clear in this weekend’s presidential nomination poll who it is they want at the helm during the 2024 presidential race. He continually hinted at running but has not committed to it just yet. Conservatives are clamoring for Trump to run and it appears the nomination is his for the taking.

The former president spoke to an adoring crowd of supporters during the event in Dallas, Texas, looking and sounding stronger than ever. There was no hesitation, gaffes, befuddlement, or creepiness associated with his speech as there almost always is with President Joe Biden’s. His speech was the most anticipated and was the highlight of the three-day event. It lasted about 90 minutes.

Trump rocked CPAC! Let the world be on notice that whether or not Trump wants to run again for President…Americans do indeed want Trump to run for President 2024!! The numbers have grown! Demmunism is dead!