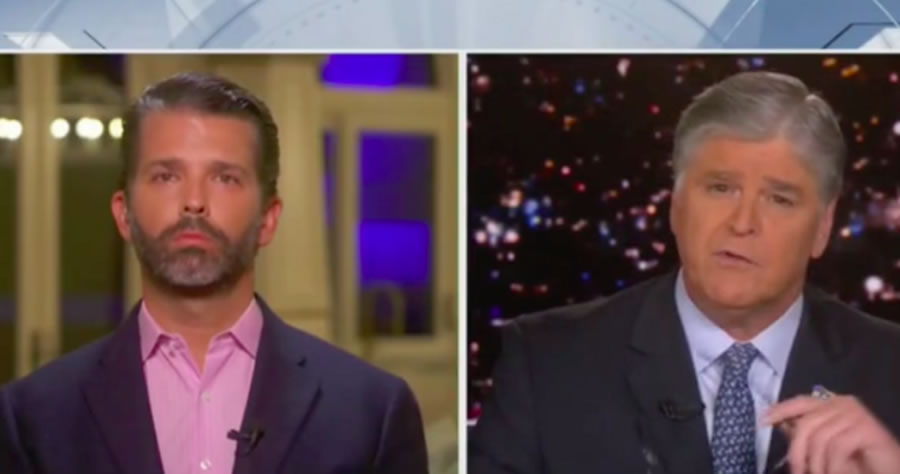 “I’m surprised they didn’t do the press conference from an ice cream shop, Sean, because that’s all he’s been capable of doing,” the former first son began. “It’s an absolute embarrassment and the reality is this: As far as I’m aware, Joe Biden has created the largest hostage situation perhaps in the history of the world.”

“If we have between 10 and 40,000 Americans blockaded off from an airport that our embassy, now when we say ’embassy,’ we have to use air quotes because the embassy has fallen to the Taliban, so a bureaucrat from D.C. is saying they can’t guarantee their safety but they should get there anyway. They’ve been blockaded by the Taliban. They’re trapped by a terrorist regime. This is arguably the largest hostage situation in history,” he continued.

“It’s all on Joe Biden. He took my father’s plan and he wanted to change it,” Trump went on to say. “He wanted to be the one to get credit, so rather than doing it in the late spring before the fighting season and using your brain and knowledge and listening to the guys that are the door kickers, not the generals that have been too busy worrying about critical race theory and learning about white rage, which no one had heard of prior to last week, he didn’t. He wanted to make it his own so he could get credit.”