Trump RIPS McConnell: “Mitch McConnell and His RINO Friends Would Rather see a Democrat Like Biden be President than a Republican Like Me” 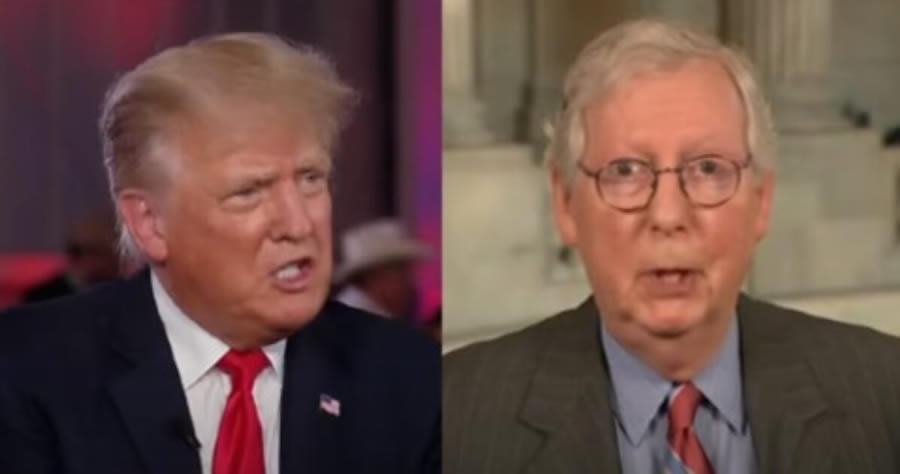 According to a new book by New York Times reporter Jonathan Martin released last week, “This Will Not Pass,” Mitch McConnell was exhilarated that, in his mind, President Trump had “finally, totally discredited himself” following the January 6 protests.

On Sunday President Trump released a statement in response to Mitch McConnell’s statements.

The primary thing they don’t want to talk about is the 2020 Rigged Presidential Election. It’s all about that from the Laptop from Hell, to the ballot harvesting scandal, to the Zuckerberg Facebook Unlocked boxes, to cancellation by Big Tech. It’s all having to do with the Election, the most important thing they have ever done, because that’s the one subject they just don’t want to talk about. It was too corrupt, it’s now been proven, and they just want to skate by—they just want this subject to end.

Mitch McConnell and his RINO friends would rather see a Democrat like Biden be president than a Republican like me. It works better for him and his agenda, but it doesn’t work better for our Country. He should have done something about it, and he still should. When a thief robs a jewelry store and gets caught, they have to give back the jewelry. Think of it: The election was rigged and stolen, we found out how, and Republican leadership doesn’t want to do anything about it. They say, “Sir, you’re winning in a landslide, both against Republicans and Democrats. Think to the future, sir. Think to the future.” To which I say, “You can never think to the future until we solve the past, because it will just happen again.”

Everybody go out and study True the Vote and all of the information about illegal ballot harvesting, millions of votes, that’s coming out next week. Also, check out the Dinesh D’Souza documentary, “2000 Mules,” about this scam. You will come away a different person, and say to yourself that our Country’s elections are run worse than those of a third world nation. 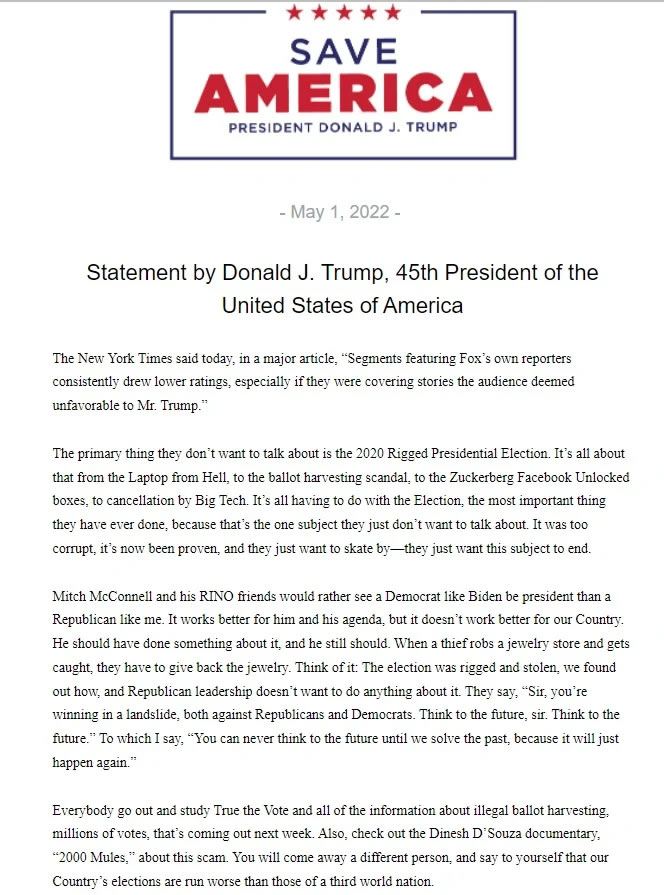