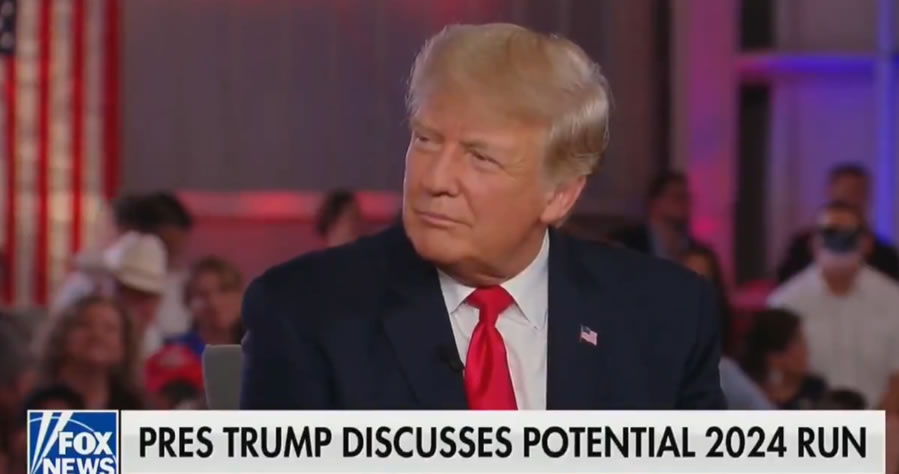 Former President Donald Trump said Wednesday he had made up his mind about whether he would seek to regain the White House in 2024, but declined to actually say whether or not he would launch yet another presidential campaign.

“You’re not going to answer, but I have to ask,” Fox News host Sean Hannity told Trump at a town hall event in Edinburg, Texas.

“Where are you in the process, or — let me ask you this, without giving the answer … have you made up your mind?”

“I think you got it right,” Hannity told the crowd, referring to their presumption that the 45th president would enter the 2024 presidential sweepstakes.

Trump has laid the groundwork for a potential run in conventional and unconventional ways in recent months.

He addressed the annual Conservative Political Action Conference (CPAC) in Florida this past February and has held or is planning to hold campaign-style rallies in the battleground states of Ohio, Florida, Georgia and North Carolina.

HANNITY TO CROWD: "Would you like to see the President run again in 2024?"