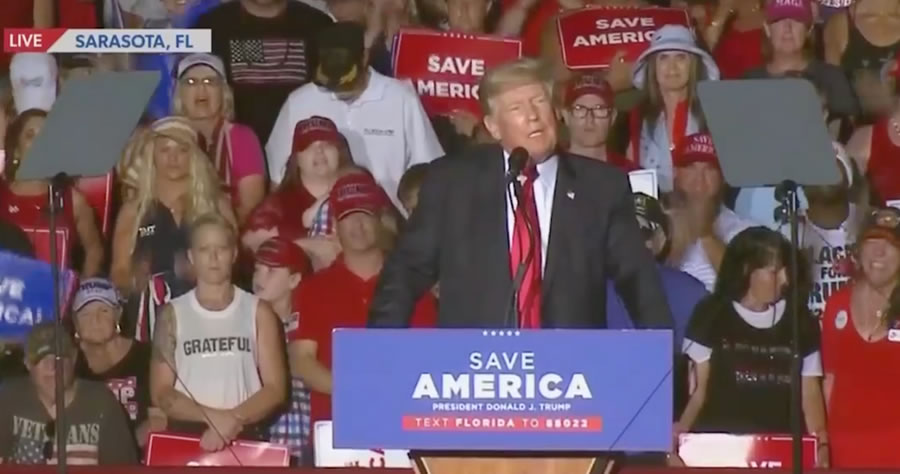 Former President Donald Trump spoke at a rally in Sarasota, Florida, Saturday where he said one of his greatest accomplishments was exposing the “fake news media.”

“I think one of my greatest achievements is explaining to people that the media in this country is corrupt,” Trump said. “Their credibility is at an all-time low. Did I have anything to do with that? I think so.” Trump stated, in reference to national news networks comparing President Biden to President Franklin D. Roosevelt, the 34th President of the United States.

“That’s why their credibility has gone down the tubes” he continued.

Americans’ trust in traditional media has dwindled over time, reaching a new low earlier this year. The percentage of those who trust the media is now below 50%, according to Edelman’s Annual Trust Barometer.

Trump: Exposing The Media As Corrupt “Will Go Down As One Of My Greatest Achievements” https://t.co/uRqnu3GgEw