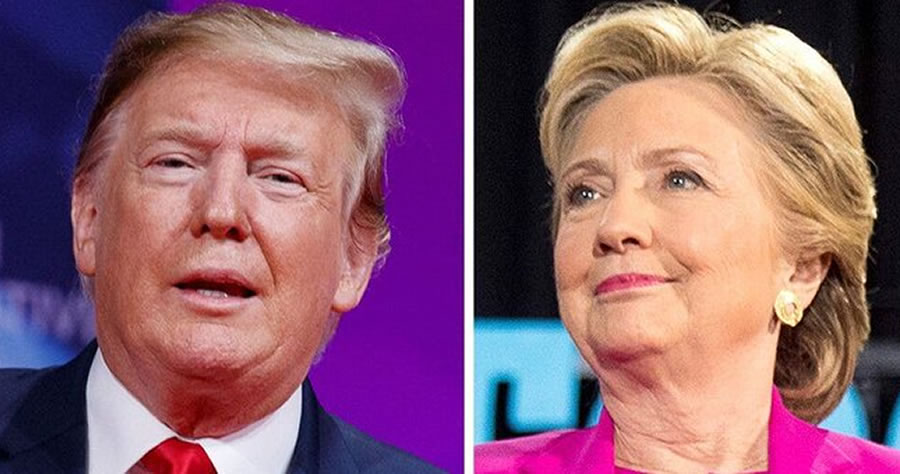 Former President Donald Trump on Thursday sued former Secretary of State Hillary Clinton and several other Democrats on the grounds that they attempted to rig the 2016 presidential election by creating a false narrative that tied his campaign to Russia.

“He’s going after these liars who tried to rig the 2016 election. And when they failed with the fake Russia collusion hoax, when they failed to stop President Trump from winning the presidency, they used it to spy on him to try to derail his presidency and his administration,” she said.

In a lawsuit filed in federal court in Florida, attorneys for the former president wrote, “Acting in concert, the Defendants maliciously conspired to weave a false narrative that their Republican opponent, Donald J. Trump, was colluding with a hostile foreign sovereignty.”

Trump, who defeated Clinton in the 2016 election, is alleging “racketeering” and a “conspiracy to commit injurious falsehood,” among other claims. The link between the Trump campaign and Russia that was, in Trump’s estimation, fabricated by the DNC and Clinton campaign, triggered an “unfounded federal investigation” and a “media frenzy.”

“Under the guise of ‘opposition research,’ ‘data analytics,’ and other political stratagems, the Defendants nefariously sought to sway the public’s trust. They worked together with a single, self-serving purpose: to vilify Donald J. Trump,” it reads.

“Everyone should go and at least read the introduction to this lawsuit, because it really is a good recap of up until November 3, what was really the biggest political crime in our history,” Harrington told Just the News Editor-in-Chief John Solomon and co-host Amanda Head.

According to the suit, the plan by the Clinton campaign and associated Democrats was to leak to the FBI and media a series of falsified reports alleging connections between the Trump campaign and Moscow. When those reports – examples of which include the famous (and debunked) Steele Dossier – were proven false, operatives and associates of the Clinton camp bugged and hacked Trump Tower in an attempt to manipulate data and show a “back-channel” between Trump and Russia.

The Democrats’ efforts “didn’t work,” Harrington said, “But there was a lot of cost to it. And the lawsuit details $24 million in legal fees. They’re still harassing him.”

The former president is seeking both compensatory and punitive damages. Trump alleges that he was “forced to incur expenses in an amount to be determined at trial, but known to be in excess of twenty-four million dollars ($24,000,000) and continuing to accrue, in the form of defense costs, legal fees, and related expenses.”