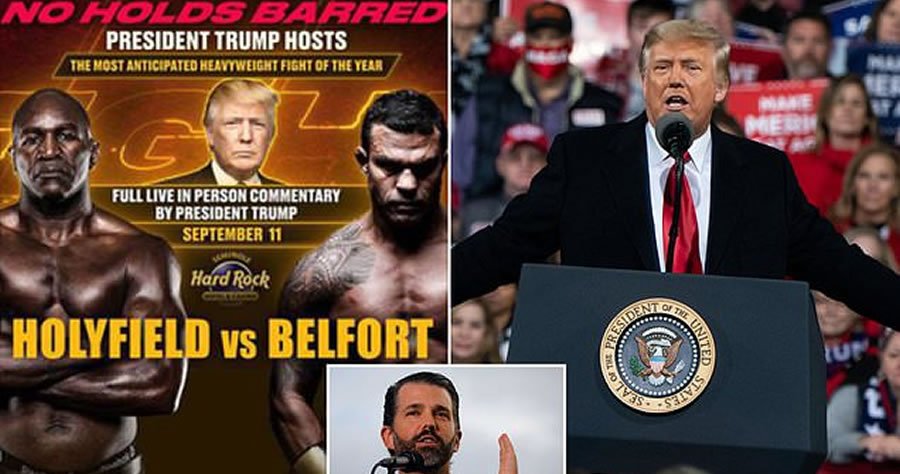 Donald Trump will host and commentate on a September 11 boxing match between Evander Holyfield and Vitor Belfort in Hollywood, Florida.

The match will take place at The Seminole Hard Rock Casino on Saturday, with boxing fans able to tune in to watch on TV for $49.95.

The new venture was announced on Tuesday for the former president with the event being called ‘The Most Anticipated Heavyweight Fight of The Year.’

Donald Trump Jr. will also be present for the fight in Hollywood, Florida.

‘I look forward to seeing both this Saturday night and sharing my thoughts ringside. You won’t want to miss this special event.’

The fight was originally supposed to take place at the Staples Center in Los Angeles featuring Oscar De La Hoya and Belfort.

Holyfield stepped in after De La Hoya was infected with COVID and the event was then moved to Hollywood, Florida.