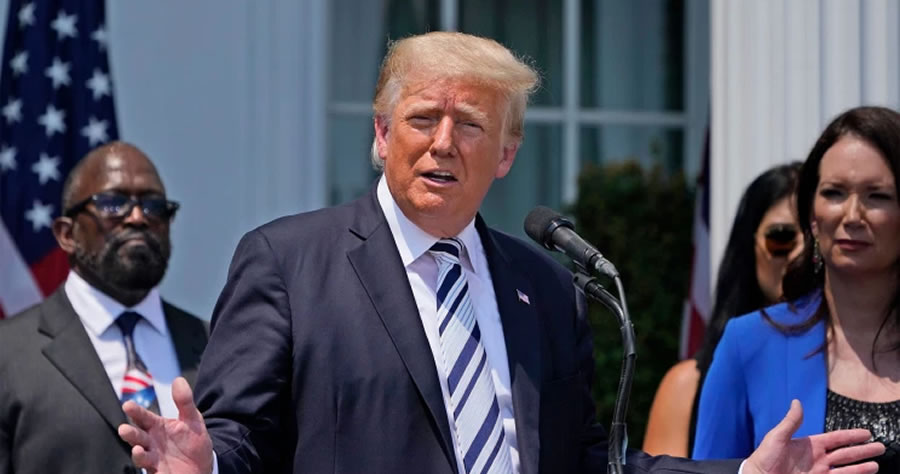 The 45th president revealed that he would travel to Manhattan in an interview with Fox News Friday.

Trump had been tight-lipped about whether he would commemorate the tragedy. On Thursday, the New Jersey Globe reported that the ex-president would visit Ground Zero early Saturday afternoon, following the conclusion of the formal ceremony at the 9/11 Memorial & Museum.

Trump is not expected to cross paths with President Biden. The president and first lady Jill Biden are scheduled to attend the beginning of the 8:30 a.m. ceremony before leaving New York around 10 a.m. to take part in observances at Shanksville, Pa. — site of the crash of United Airlines Flight 93 — and the Pentagon.

Trump has heaped criticism on Biden in recent weeks over the takeover of Afghanistan by the Taliban and the chaotic withdrawal of US forces from the country after 20 years of war — precipitated by the events of 9/11.

“It is very depressing,” Trump told Fox News Friday of his feelings on the anniversary. “This was supposed to be a day of victory. Now it is a day of embarrassment. How do you have this happen?”

“I think Biden rushed it [the Afghan pullout] to try to claim victory,” the former president added, “and now, he looks like a fool.”