Trump: Vladimir Putin has ‘played Joe Biden like a drum’ 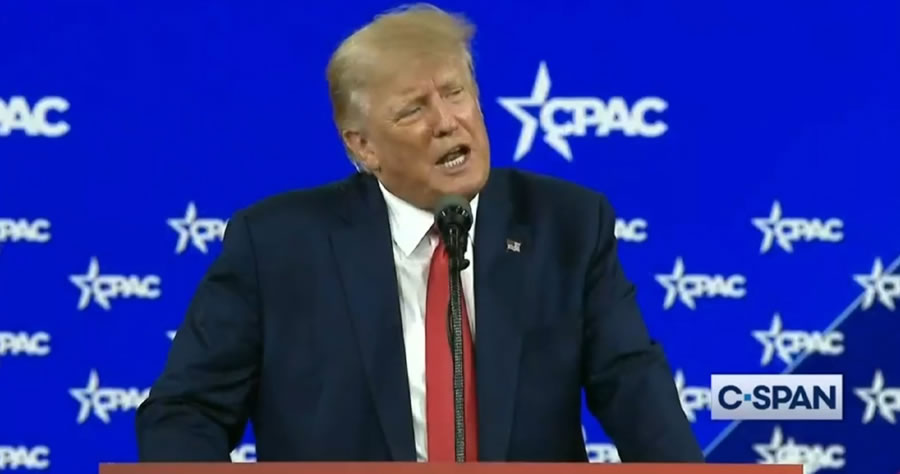 Donald Trump condemned Russia’s invasion of Ukraine and predicted a “major war in Europe” but partially blamed Joe Biden and “delinquent” Nato leaders for the crisis.

Addressing an adoring crowd in Orlando, Florida, the former US president attacked Mr Biden as “weak and incompetent” and said: “Putin is playing Biden like a drum”.

“This horrific disaster would never have happened if our election was not rigged and if I was the president,” he said, referencing his baseless claims he was the true winner of the 2020 election.

Mr Trump once again teased the prospect of another run for the White House, saying of the November 2024 election: “We did it twice, and we’ll do it again. We’re going to be doing it again, a third time”.

The thousands who had gathered at the Conservative Political Action Conference (CPAC) roared its approval at the comments, breaking into chants of “four more years”.

In the more than 90-minute speech, Mr Trump claimed Mr Biden and the radical left were “trying to replace American democracy with woke tyranny”.

While calling the situation in Ukraine “a catastrophic disaster”, Mr Trump went on to attack Democrats for rushing defend the country’s borders “while they’re destroying our own borders” with failed immigration policies.

However he defended his previous comments. “The problem is not that Putin is smart, which, of course, he’s smart,” Mr Trump said.

“The real problem is that our leaders are dumb,” he said, adding that the leaders of Nato member states were “all delinquent”

He struck an uncharacteristically empathetic tone as he expressed sympathy for Ukraine saying: “We are praying for the proud people of Ukraine. God bless them all”.