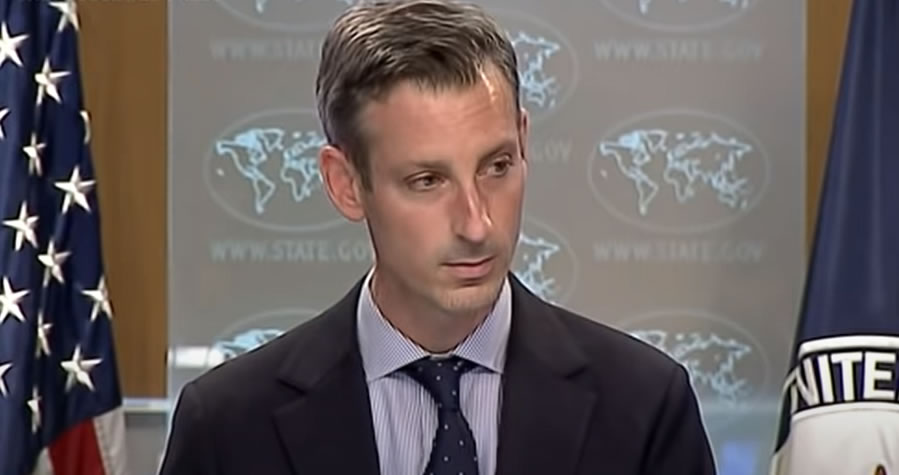 WASHINGTON (AP) — When President Biden’s administration was asked for evidence to back up dramatic claims about national security developments this past week, it demurred with a simple rejoinder: You’ll have to trust us on that.

No, they would not reveal what led them to say they knew that Russia was plotting a false flag operation as a pretext to invade Ukraine. No, they would not explain their confidence that civilian casualties were caused by a suicide bombing rather than U.S. special forces during a raid in Syria.

The administration’s response took a particularly caustic turn as spokespeople suggested that reporters were buying into foreign propaganda by even asking such questions.

The lack of transparency strained already depleted reserves of credibility in Washington, a critical resource diminished over the decades by instances of lies, falsehoods and mistakes on everything from extramarital affairs to the lack of weapons of mass destruction in Iraq.

The exchanges were also a sign of increased skepticism of the Biden administration when it comes to intelligence and military matters, particularly after officials failed to anticipate how swiftly the Afghan government would fall to the Taliban last year and initially defended a U.S. missile attack in Kabul as a “righteous strike” before the Pentagon confirmed the action had killed several civilians but no terrorists.

The reporter, Matt Lee of the Associated Press, demanded to see evidence of such a plot and not simply the word of Price, and that is where things got heated.

“One possible option the Russians are considering, and which we made public today, involves the production of a propaganda video – a video with graphic scenes of false explosions – depicting corpses, crisis actors pretending to be mourners, and images of destroyed locations or military equipment – entirely fabricated by Russian intelligence,” the spokesman said.

“To be clear, the production of this propaganda video is one of a number of options that the Russian Government is developing as a fake pretext to initiate and potentially justify military aggression against Ukraine. We don’t know if Russia will necessarily use this or another option in the coming days. We are publicizing it now, however, in order to lay bare the extent of Russia’s destabilizing actions towards Ukraine and to dissuade Russia from continuing this dangerous campaign and ultimately launching a military attack,” he said.

If you think this sounds like something you would be more likely to hear from Alex Jones you are not alone. The AP reporter did too.

LEE: Thanks. Okay, well, that’s quite a mouthful there. So you said “actions such as these suggest otherwise” – suggest meaning that they suggest they’re not interested in talks and they’re going to go ahead with some kind of a – what action are you talking about?

LEE: What action? What —

PRICE: The fact that Russia continues to engage in disinformation campaigns.

LEE: Well no, you’ve made an allegation that they might do that. Have they actually done it?

PRICE: What we know, Matt, is what we – what I have just said, that they have engaged in this activity, in this planning activity —

LEE: Well, engage in what – hold on a second. What activity?

PRICE: But let me – let me – because obviously this is not – this is not the first time we’ve made these reports public. You’ll remember that just a few weeks ago –

PRICE: If you let me finish, I will tell you what report we made public.

PRICE: We told you a few weeks ago that we have information indicating Russia also has already pre-positioned a group of operatives to conduct a false flag operation in eastern Ukraine. So that, Matt, to your Lee, is an action that Russia has already taken.

LEE: No, it’s an action that you say that they have taken, but you have shown no evidence to confirm that. And I’m going to get to the next Lee here, which is: What is the evidence that they – I mean, this is – like, crisis actors? Really? This is like Alex Jones territory you’re getting into now. What evidence do you have to support the idea that there is some propaganda film in the making?