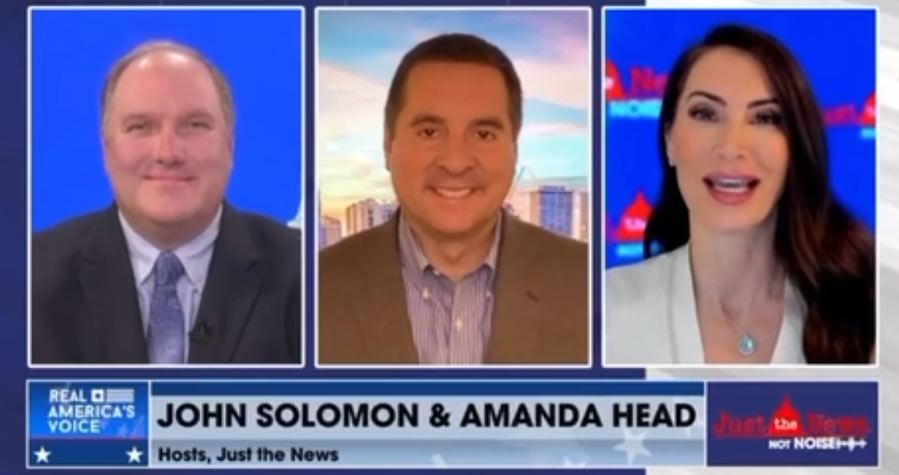 Truth Social has completed a migration to a massive cloud computing infrastructure run by the video giant Rumble, clearing the way for the social platform started by former President Donald Trump to onboard millions of users quickly, officials told Just the News.
The partnership between two of the nation’s emerging free speech platforms — completed this week — means Truth Social will be ending its beta testing and controlled account creation and moving quickly to erase a backlog of consumers who have been waiting a few weeks to join the platform.

“Yesterday, Truth Social and Rumble took a major stride toward rescuing the internet from the grip of the Big Tech tyrants,” said Devin Nunes, the former congressman who in January became CEO of Trump Media and Technology Group, which owns Truth Social.

“Our teams have worked tirelessly to realize this great endeavor,” Nunes added. “Rumble’s cloud infrastructure is second to none and will be the backbone for the restoration of free speech online for ages to come.”

Rumble, which has quickly emerged as a free-speech online video rival to more heavily moderated YouTube, hailed the migration as a major milestone as Truth Social became the first significant customer to join its cloud services business.

“We are excited to partner with one of the fastest-growing social media companies on the internet,” Rumble CEO Chris Pavlovski said. “Providing top-notch cloud infrastructure is essential, and Truth Social users will start to see the fruits of our efforts immediately.”

Truth Social had throttled new user onboarding after its launch in February, focusing on an extended beta period to test the platform and finish the migration to Rumble’s cloud.

Despite the controlled rollout, early influencers on the Truth Social platform have reported higher engagement with fewer followers than what they generated with platforms like Twitter and Instagram.

“The traffic to the site and to the show is off the chart,” radio host Dan Bongino recently told Just the News, directly challenging reports the platform is a failure. “The engagement is extraordinary right now.”

Nunes explained the reasoning behind a controlled rollout in a recent Just the News TV interview, saying he preferred ensuring quality control over a rushed deployment.

“If you look at Truth Social, where we continue to grow every single day, even though we’re just barely in the testing phase, we continue to prove out the process and focus on our quality and reliability,” Nunes said earlier this month.