Tucker Carlson: America Is Literally at War With Russia and Trump Was Impeached to Make It Happen [VIDEO] 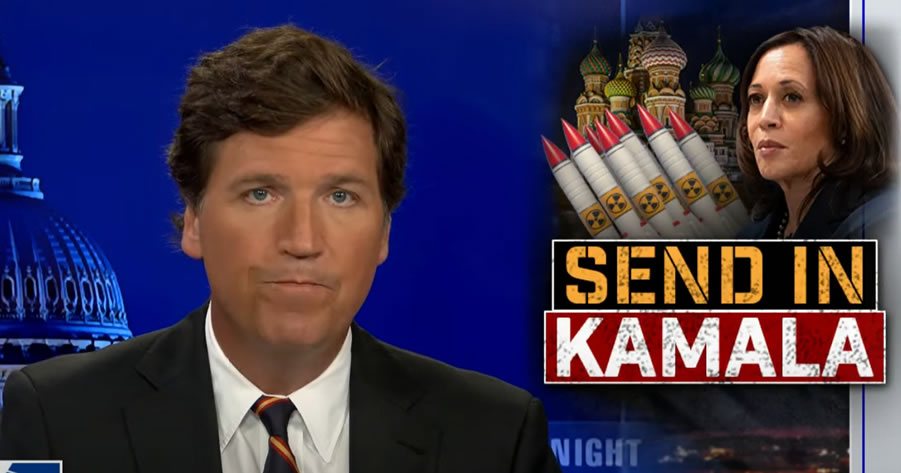 Tucker Carlson on Monday night offered some interesting thoughts about the ongoing crisis in Ukraine that amounted to a complex conspiracy theory about the Russian invasion.

Tucker Carlson accused the Joe Biden administration of actively goading Russia into invading Ukraine. He further claimed that this is the end result of a nefarious scheme by Democrats and even some Republicans to get the U.S. into a war with Russia that even included the first impeachment of Donald Trump. Also, Tucker Carlson said that the U.S. already is at war with Russia. It was a lot.

“The Biden administration just inserted itself, with force, into the middle of a hot war between two foreign powers. That means the United States is now an active participant in a war,” Tucker Carlson said during the opening segment of his Fox News show on Monday.

“We are at war with Russia,” he added. It probably should be said however, that we actually aren’t at war with Russia, and so far the Biden administration has rejected suggestions, like establishing a no-fly zone over Ukraine, that would actually bring about such a war.

“Whether or not that war has been officially declared, whether or not Congress has authorized that war, all of that is irrelevant. That war is happening right now as we watch,” Tucker Carlson continued.

Now you might be wondering how that can be possible since we haven’t sent troops to Ukraine, which was invaded, unprovoked, by Russia two weeks ago. The answer, according to Tucker Carlson, is that Biden administration is actively concealing it from Americans.

Carlson basically blamed Russia’s unprovoked invasion of Ukraine on America, claiming it’s because Democrats in particular specifically want a war with Russia, and getting Ukraine to join NATO was the means to do this. Of course, Ukraine has not joined NATO and earlier this year, NATO leaders basically rejected, for now, Ukraine’s wish to join NATO.