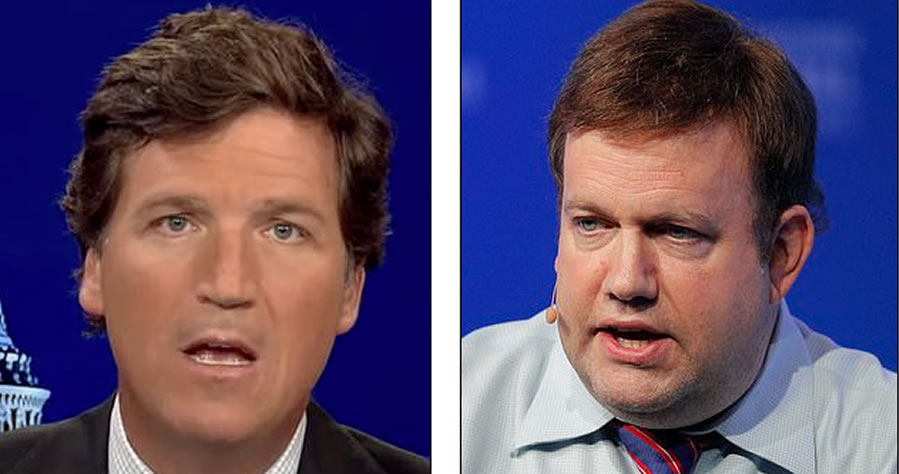 Tucker Carlson says Republican lawmakers are disconnected from their supporters partly because they listen to ‘conventional liberals’ like Frank Luntz, whom he accused of serving ‘left-wing corporations’ such as Google.

The Fox News host took aim at the veteran GOP pollster Luntz after Axios quoted him last week as saying that ‘Republicans are more pro-immigrant than elites realize.’

Luntz said he conducted focus groups of prospective voters and that he came away with the impression that the gaps between Democrats and Republicans on hot-button issues like immigration and border security aren’t as wide as thought.

Carlson on Friday ridiculed Luntz for suggesting that Republicans support granting permanent legal status to Dreamers, or undocumented immigrants who came to the United States as young children.