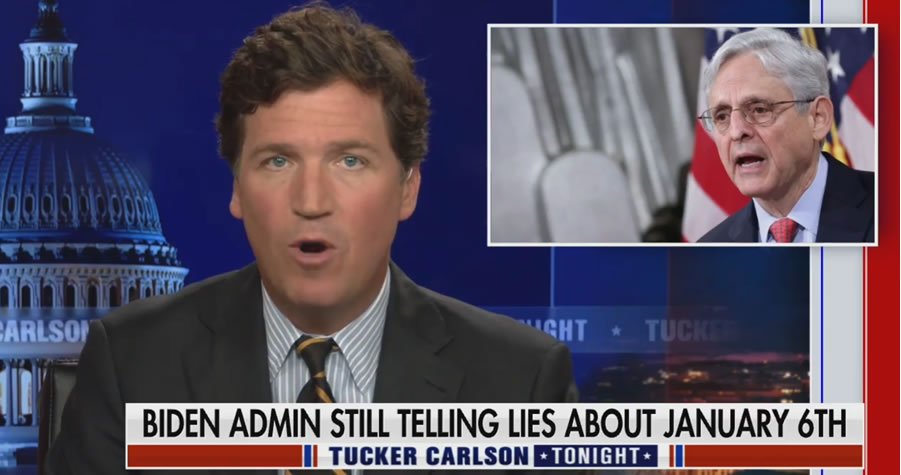 Tucker Carlson claimed Tuesday that the Capitol rioters who were named as ‘unindicted co-conspirators’ in court documents, were actually federal agents, orchestrating the attack.

Carlson on Tuesday night referenced a report in Revolver News, which looked into the indictments of the around 400 people charged over the January 6 unrest.

More than 2,000 criminal charges have been filed against 411 suspects, including hundreds of felonies such as assaulting officers and trespassing with a weapon.

Carlson noted that many of the indictments mentioned ‘unidentified co-conspirators.’

‘Without fail, the government has thrown the book at most people who were present and in the Capitol on January 6,’ he said. ‘There was a nationwide dragnet to find them. Many of them are still in solitary confinement tonight.