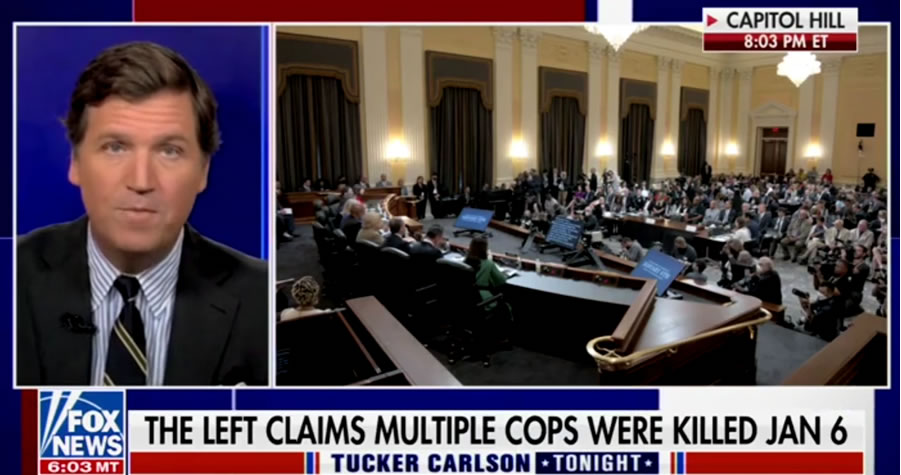 “It’s hard to believe he said that,” Carlson said. “Rioters caused the deaths of five police officers. You just heard CBS News tell its viewers that. This must be the big lie theory. The more bewilderingly false a claim is, the most likely you will be to believe it. Apparently, that’s what they’re betting on.”

Five officers present at the Capitol riot died by either natural causes or suicide. A medical examiner ruled in April, 2021, that Officer Brian Sicknick, who was initially thought to have died from brain injuries after being struck in the head with a fire extinguisher, died after suffering two strokes following the riot. Officers Jeffrey Smith, Kyle DeFreytag, Gunther Hashida, and Howard Liebengood died by suicide after the riot.