Tucker Carlson On Man ‘Hassling Me In Front Of My Kids’: ‘I had some dark thoughts’ [VIDEO] 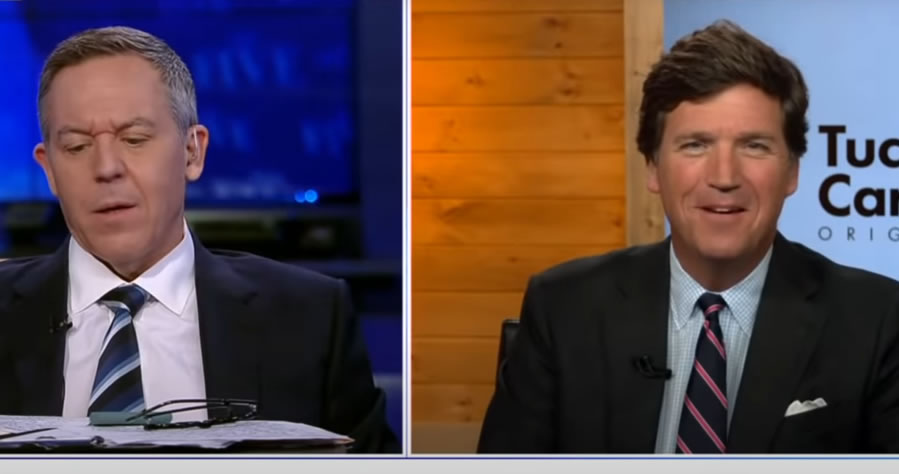 Fox News host Tucker Carlson has said he ‘had some dark thoughts’ as he was confronted by a man at a fishing supplies store in Montana last Friday, who called him ‘the worst human being ever’ all while he was on a trip with his kids.

Dan Bailey had someone film the interaction as he accosted Carlson at a fly fishing store in the city of Livingston which he then shared it on Instagram.

Carlson broke his silence on the incident on Fox News on Thursday night, saying: ‘What you would have done if the person wasn’t filming it?

Host Greg Gutfield added his own thoughts on the viral incident.

‘I find it very frustrating that adult men are now becoming like mean girls. He could have come up to you and actually expressed himself and you could have had a conversation. But he couldn’t do that without someone filming it, because he knew if he had someone to film it that would impact your response, which, as a wise person in the media, you know that.’

Carlson then went on to talk about ‘the bigger problem.’

‘Leaving me totally out of it, the bigger problem is the mountain states are completely invaded by the people who destroyed California,’ Carlson began.

‘What’s so interesting is they’re the exact same people who lecture you day and night about diversity, and it’s so important, and that you’re a racist and etc. And then they run — they literally run to the hills away from diversity. The hills greatly suffer when they do that. I will leave it there,’ Carlson explained.

Although the 22-second clip is no longer on Bailey’s Instagram page, it began with him already engaged in a conversation with the Fox News host with the caption: ‘It’s not every day you get to tell someone they are the worst person in the world and really mean it! What an a******!’

Bailey has a wide smirk while Carlson appears more withdrawn and whispers, ‘My daughter is here,’ to which Bailey says, ‘I don’t care man. You are the worst human being known to man. I want you to know that.’

Here’s the full video from Tucker’s appearance on The Five: