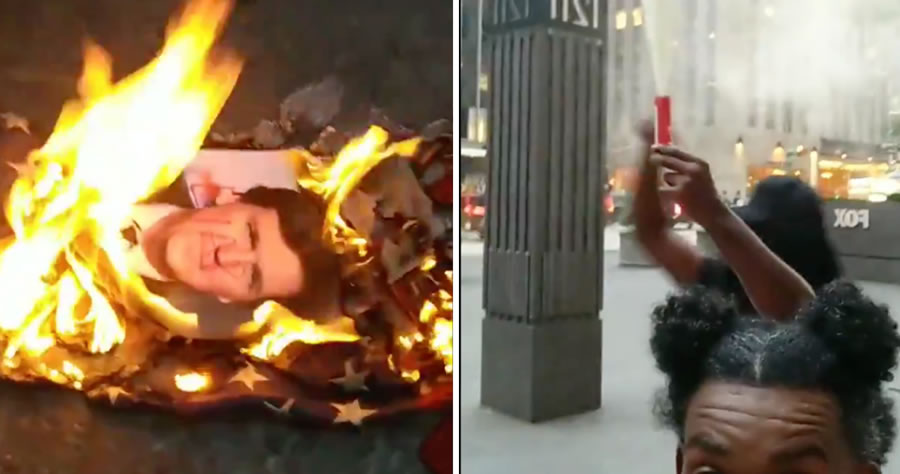 On the pictures of the Fox News talent, protesters had written “Liar.”

"You're all racist, you're nazis, you're zionists, you're KKK" pic.twitter.com/To9Wa2Sw53

A protester lights a smoke signal outside Fox News HQ in Midtown pic.twitter.com/ebveFYBaOd

In response to their actions, Carlson told Townhall, “I’m proud to be burned with the flag.”

Other Twitter users noted such actions will have no effect on Carlson’s career.

This only makes him stronger pic.twitter.com/fXpRiaj9Ht