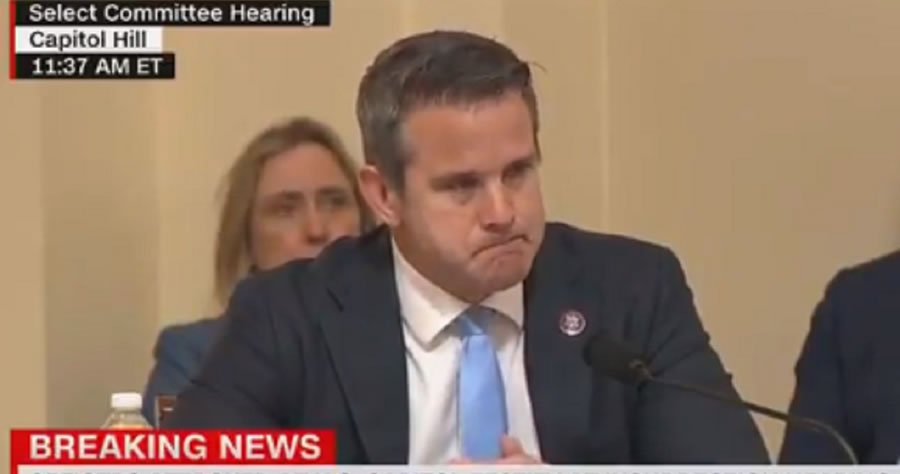 Tucker Carlson called out soon-to-be-former Rep. Adam Kinzinger on his show last night after the Illinois Republican shared an obviously photoshopped hoax tweet that claimed to identify the “Ghost of Kyiv,” which itself is a likely fabricated tale of a Ukrainian fighter pilot who has allegedly shot down numerous Russian fighter planes:

TUCKER: Adam Kinzinger is pushing us towards World War III.

The ghost of Kyiv is fake, and not only that Sam Hyde is an American comedian with a YouTube channel people make memes about. Adam Kinzinger is a"Republican" representive that voted to impeach Trump. He's stepping down after his first term because he will not be able to win again pic.twitter.com/OlXDPxr4Oe

But Kinzinger doubled down after the segment, tweeting that he and his idea for a U.S.-led no-fly zone over Ukraine isn’t “pushing us towards war”:

Tucker, I’m not pushing us towards war. Your mentor, Putin, is doing that. https://t.co/9Lc7YILBH1

And that tweet was up for about 10 seconds, because I recognize and correct mistakes. @TuckerCarlson pivots to blame.

However, but this tweet cheering on the “Ghost” is still up:

To the #ghostofkyiv we raise a glass. Here is to even more! https://t.co/7LLRtKq7lo

Both Kinzinger and one of the media's other favorites, @EricSwalwell, are also ratifying and spreading complete forgeries all over Twitter. Needless to say, there's no action by Twitter to label or ban it. Disinformation is noble when deployed for the right cause. pic.twitter.com/mpx31jrt80