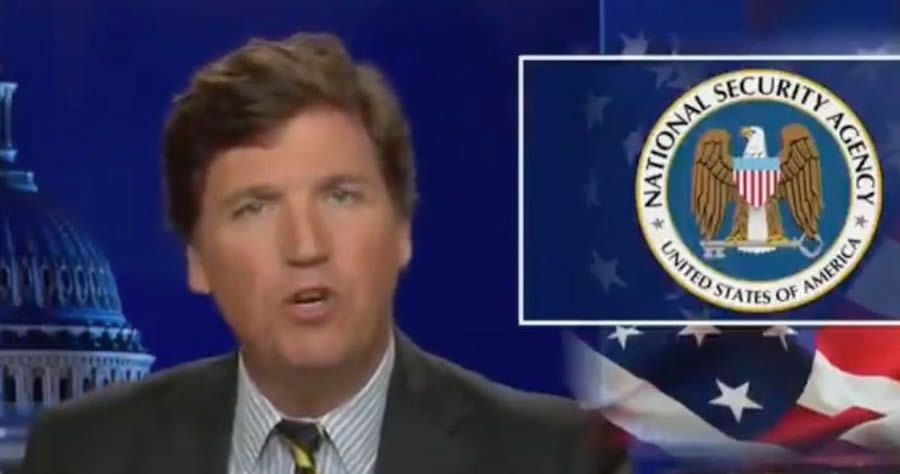 Fox News host Tucker Carlson said Monday night that the National Security Agency (NSA) is spying on him and reading confidential texts and emails in order to try and take his show off the air.

Carlson said that a whistleblower from inside the federal government informed Carlson that the NSA was monitoring his online communications. Normally, Carlson said, he would be skeptical of such claims, the whistleblower reportedly repeated back to him information about a story that he is working on that could only have been gathered through Carlson’s private texts and emails.

The Fox News host alleged that the NSA plans to leak Carlson’s communications in order to try and get his show taken off the air.

“It’s illegal for the NSA to spy on American citizens, it’s a crime,” Carlson said. “It’s not a third-world country. Things like that should not happen in America.”

Tucker Carlson says a whistleblower told him that he is being spied on by the NSA and that he filed a FOIA request for information:

“The Biden administration is spying on us. We have confirmed that.” pic.twitter.com/LY2vmDLFTK