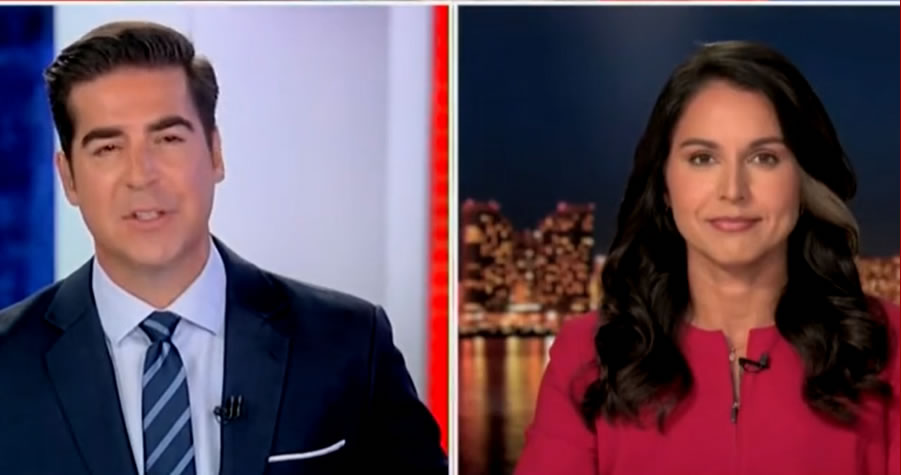 Former Democratic Hawaii Rep. Tulsi Gabbard said Saturday that President Joe Biden “needs to apologize to the American people” for falsely accusing border patrol agents of “strapping” illegal immigrants from Haiti.
“I consider Joe Biden a friend. But he’s absolutely wrong and he needs to apologize to the American people for saying what he said,” Gabbard told Fox News’ “Watters’ World.” “And here’s why. He’s somebody who’s been very outspoken about being against autocrats and dictators. But what he essentially did was act as judge, jury and executioner for these customs and border patrol agents on horseback,” the former Democratic presidential candidate continued.
“How can they expect to have a fair outcome to an investigation when the president of the United States has already declared their guilt and that they will be punished,” Gabbard said, noting that if America is no longer a country of laws where people are presumed innocent until proven guilty, then “we don’t have a democracy. And that’s an increasing feeling a lot of us have is we’re losing our democracy and moving closer and closer to what is essentially is an autocracy.”

Gabbard claimed that the border patrol agents have been falsely accused because “a powerful elite” is working with the media and “the deep state,” and “not acting in the best interests of the country.”

The former congresswoman said that if people seeking political leadership “are unwilling to sacrifice their interests for the interest of the country,” then “they have no business being in positions of leadership at any level of our society.”