Tulsi Gabbard Slams Biden: He Is Doing ‘All He Can’ To Divide Americans 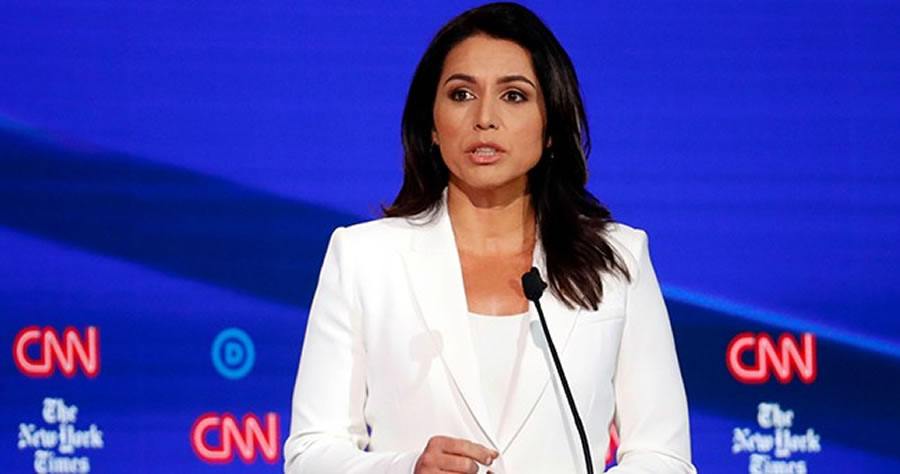 Tulsi made the remarks on Twitter, where she shared a clip of Biden’s speech at Martin Luther King Jr.’s alma mater, Morehouse College, on Tuesday. In the clip, the president can be heard saying “I will defend the right to vote in our democracy against all enemies – foreign, and yes, domestic.”

Hillary’s calling tens of millions of Americans deplorables was divisive & disgusting. But Biden has gone further, calling those who disagree with his actions & policies domestic enemies, traitors, and racists. Biden promised to unite us, but he is doing all he can do divide us. pic.twitter.com/1XKS9rfZQT