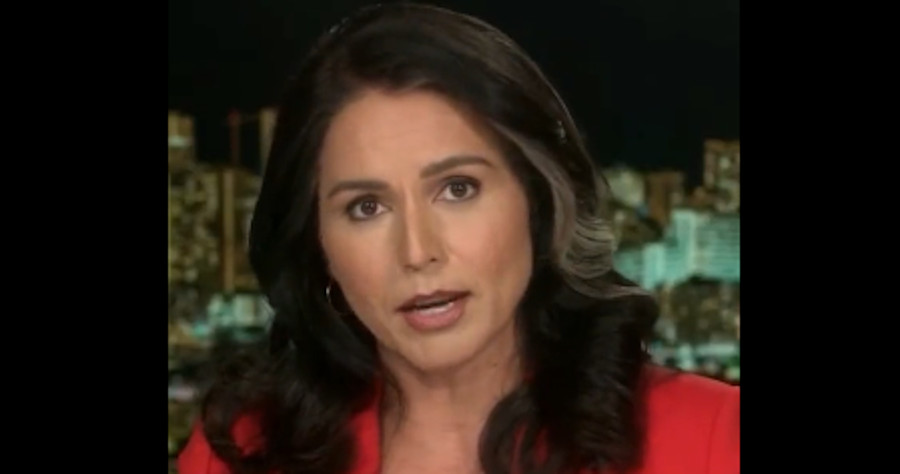 These are strange times indeed, and we know this statement to be true due to announcements like this one, and our reactions to them. A Democrat, former Hawaii Representative and Presidential candidate Tulsi Gabbard, has taken legal action against a Republican, current Utah Senator Mitt Romney and the immediate reaction for most conservatives will be to fist pump and shout support for the Democrat. But such is life in the topsy-turvy political environment of 2022.

Gabbard, who is also a Lieutenant Colonel in the Army Reserves, and her attorney, Harmeet K. Dhillon announced on Wednesday that cease-and-desist letters have been issued to both Romney and MSNBC’s communist Democrat apologist Keith Olbermann instructing them to discontinue accusing Gabbard of treason and to prepare for additional legal actions.

Good for you, Tulsi.

When powerful, influential people make baseless accusations of treason, they are sending a message to all Americans: if you dare to criticize the establishment’s narrative, you will be smeared and discredited. If this is allowed to continue, our democracy will be no more. pic.twitter.com/U3QlL8HZxp

Romney has accused Gabbard of spreading “treasonous lies” about U.S.-funded biomedical labs in Ukraine. Olbermann, meanwhile, has made similar assertions and went so far as accusing Gabbard of being a “Russian Asset.”

We see two significant takeaways from this story.

First is the issue of freedom of speech and our need to defend it. Much of what Gabbard had to say about the Ukrainian labs was stated during her multiple appearances on Tucker Carlson’s show on Fox News. For many on that side of the political spectrum, that decision itself is traitorous of Gabbard. How dare she go on Fox News. Whether we agree with Carlson and Gabbard and their takes on the labs is irrelevant, what we should all be able to agree on is their right to say it.

Neither Mitt Romney, nor Keith Olbermann, nor any other leftist bully should have the right to silence such discussion, which was clearly their intention. If Romney and Olbermann don’t like what Gabbard said, they should make their own compelling counterargument and persuade their own audience to disagree with Gabbard. But to accuse folks with whom you disagree of committing treason, one of the vilest crimes we can commit and one that is punishable by death, is indeed slanderous. Kudos to Tulsi for fighting back.

The second observation is one that has been made before, but it’s worth making again. Consider how far off the GOP reservation Mitt Romney has wandered when he finds himself the object of legal action on the same day and for making the same or similar statements as Keith Olbermann. Keith Olbermann!

Romney has clearly lost his way. When a Republican from the extremely conservative state of Utah finds himself sitting in the same pew and singing from the same hymnal as someone as radically leftwing as Keith Olbermann, something is seriously wrong. For those of you in Utah, note that Romney is up for reelection in two years, and when that time comes, he is certain to face a formidable opponent in the Republican primaries. You must vote this man out of office.