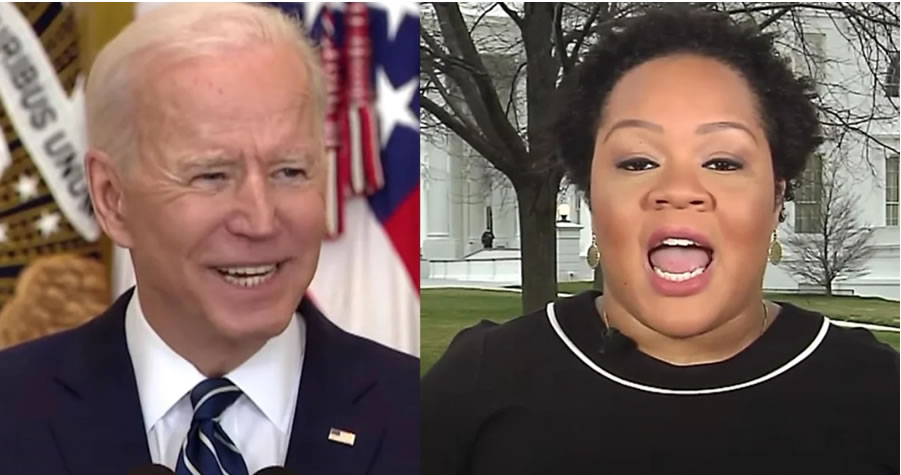 Yamiche Alcindor, the White House correspondent for PBS, faced a torrent of backlash after she tossed softball questions to President Joe Biden at the first official media briefing of his presidency Thursday.

Alcindor pressured Biden to allow more illegal immigrants into the country while telling him that migrants are coming to the border because of the perception that he was a “moral decent man” during the election.

“You said over and over again that immigrants shouldn’t come to this country, right now this isn’t the time to come. That message is not being received instead the perception of you that got you elected as a moral decent man is the reason why a lot of immigrants are coming to this country and entrusting you with unaccompanied minors,” said Alcindor.