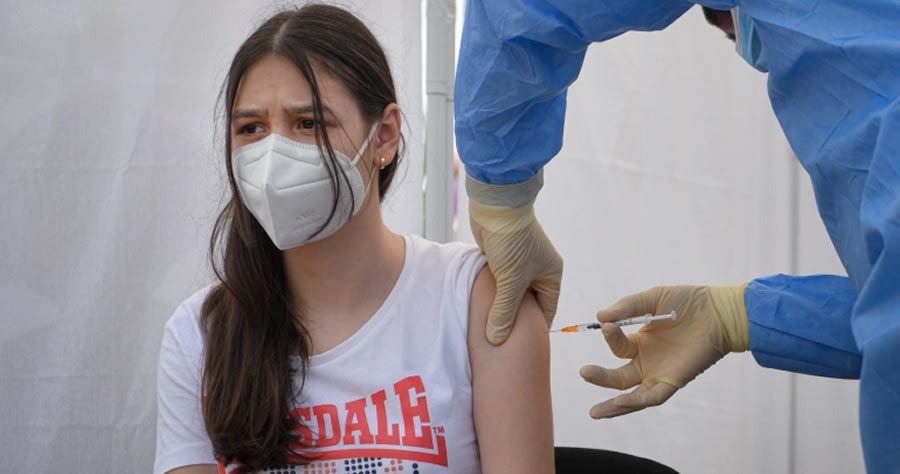 Two young children were “accidentally” given the COVID-19 vaccine instead of flu shots at a Walgreens in Indiana according to local media. Now, both are experiencing “heart issues,” according to their pediatrician.
A family in Evansville, Indiana went to a local Walgreens to have each member, including two young children, receive a flu shot. During the appointment, all members of the party including the two children were “accidentally” given full adult does of the Pfizer COVID-19 vaccine, according to the family’s lawyer. The children, four and five years old, were born in 2016 and 2017, as revealed by the vaccination cards provided to the family by Walgreens.

After the alleged vaccine mix up, both children are now experiencing signs of “heart issues,” according to their pediatrician. The younger child is sick with a cough and fever, according to the report by KWTX.

Myocarditis, a heart condition involving fluid accumulating near the heart, has been found to be a rare side effect of the Pfizer vaccine but seems to grow more common in younger male individuals. Adverse reactions to the vaccines seem to become far less likely the older the person who receives it becomes, according to current medical research.