Two drivers carjacked in Manhattan less than an hour apart 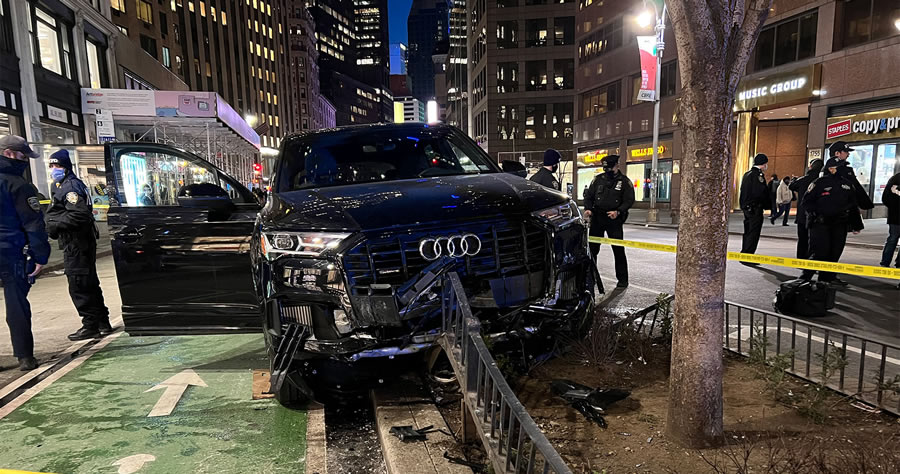 The first of the brazen auto thefts took place on West 55th Street and Broadway at about 4:30 p.m. when a male suspect stole a black Audi SUV, according to police.

The man threatened the driver with what cops described as an “ineffective” Taser before driving away in the victim’s luxury ride.

Part of the first carjacking was caught on camera and the footage was shared by Instagram account WhatIsNewYork.

The wild video shows the suspect ram a sedan head on as what appears to be an officer opens the driver’s side door and tries to stop him.

Witnesses said the carjackers struck at least two other cars in his wild escape.