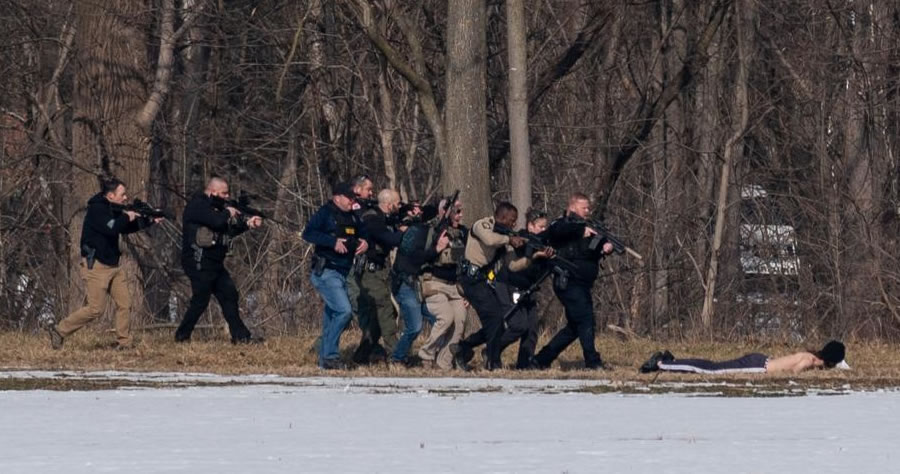 A Bridgewater College campus law enforcement officer and campus safety officer were shot and killed Tuesday and a man was taken into custody by law enforcement following a large police and emergency responder presence at the school.

“These officers were close friends, known to many of us as the ‘dynamic duo,'” Bushman wrote in an email to the college community.

Police say there were no other injuries.

The suspect, Alexander Wyatt Campbell, 27, with a last known address in Ashland, was taken into custody at around 1:55 p.m., officials said. According to state police, he is charged with two counts of capital murder, one count of murder in the first degree and one count of using a firearm in commission of felony. The charges have been filed after consultation with Marsha Garst, Rockingham County Commonwealth’s Attorney. Campbell is being held at the Rockingham County Jail without bond.