Tyrus To Hammer Throwing Olympian: Why are you even competing if you hate America? [VIDEO] 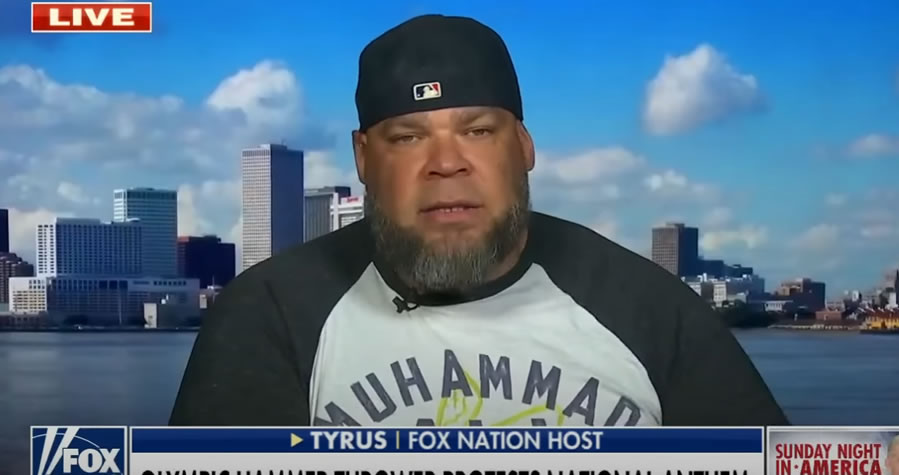 Fox News contributor George “Tyrus” Murdoch clapped back at athlete Gwen Berry for turning her back on the American flag in protest after she won a spot on the U.S. Olympic Team with a third-place finish in the hammer throw.

Murdoch was responding to actions and statements Berry, who is black, made on Saturday after she managed to win a spot on the Olympic squad in which she accused event organizers of a “set up” to get her to a podium with the first- and second-place contestants while the national anthem was played.

As the music began, Berry turned her back on the American flag and remained in that position throughout the song.

Gold and silver medalists DeAnna Price and Brooke Andersen stood and faced the flag with their right hands over their hearts.

“They said they were going to play it before we walked out, then they played it when we were out there … But I don’t really want to talk about the anthem because that’s not important,” Berry noted. “The anthem doesn’t speak for me. It never has.

‘Not important’: Athlete turns away from US flag during Olympic trials national anthem https://t.co/CzR5iDuqou pic.twitter.com/oivQmYYj3v