U.S. veteran, former Secret Service and CIA officer: The America I fought so hard to protect is unraveling right before my eyes 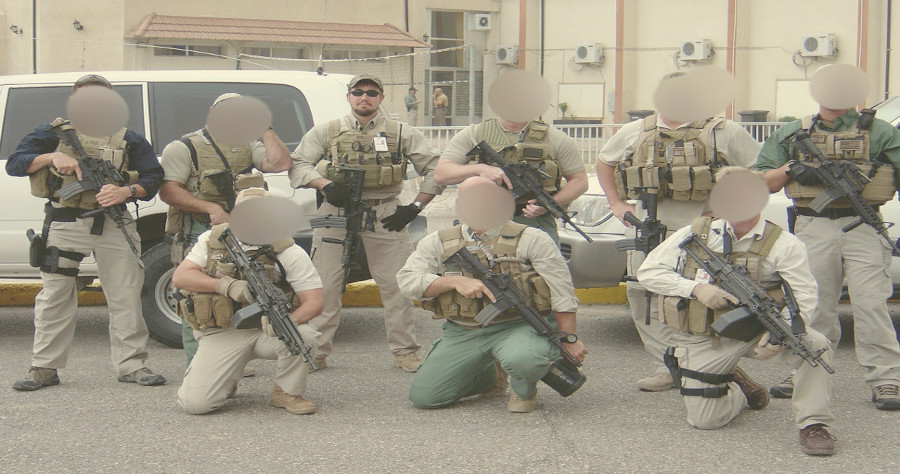 When I look at our country today, anxiety and emptiness fill my body. The state of our country that I fought so hard to protect is unraveling before my eyes.

Dysfunction and lack of caring is everywhere, and we have become so woke that we are allowing these catastrophes to happen. Plain and simple we are less safe today than ever in the history of our nation.

From mob riots, to the punch out game, to people being pushed in front of a subway, to the latest mass shooting in Uvalde Texas, we have become a society in free fall.

I ask myself is this the new norm? Are we destined to live a life where we can not even feel safe?

I don’t want to talk about gun regulations.  To me there is a deeper issue that we need to address; the root cause of why.

Disclaimer… I do not intend for this article to become a political piece centered around the 2nd amendment or social injustice. I want this to open the eyes of the reader to the reality that we are facing regardless of your political affiliation.

We are in a state of turmoil, and we need a commonsense approach to reverse the course. If not, I feel the essence of our country will be destroyed. The biggest question is how did we get here?

I remember when I was a teen growing up in a not so safe part of San Diego.  I grew up like most inner-city kids… experiencing gangs and crime.

I thought it was a common part of life and it was how things were and would always be until the night of my 17th birthday when, for some reason, I was walking home at midnight (first mistake) and a vehicle rolled up on me.

The back window lowered down, and I stood there with the barrel of a shotgun in my face and the passenger asking me “what you claim?”.

Needless to say, I said the ‘right’ thing, but I remember that time as a turning point for me. I felt that this isn’t what life is intended to be and that I need to change my life and change who I am.

From that experience on, I pushed myself to change what I was doing which ultimately led me to joining the military.

To find that purpose, that discipline, that respect. As I see what is happening in our society, I wonder where the purpose is for these young adults.

Where is their discipline coming from? No mass shooter just wakes up from living a purposeful and fulfilling life to cause a massacre. There is a trail of red flags along their path that ultimately guided them in that direction.

That is why I don’t want to focus on the tools that cause a massacre, but what led to that decision. And what did we miss? Where did we fail as a society that resulted in these horrific tragedies?

Now I know a lot of people will comment and focus on the actions to prevent these atrocities, such as deploying armed guards and hardening the schools; that is an area of concern to mitigate a situation like the Texas shooting, but I want to look deeper at the path that led.

We have become so disconnected to human interaction to a point of near isolation.

Add in the recent COVID shutdowns, almost all interactions were either through social media or the internet. To say that has not had a profound effect on our impressionable young adults is to put your head in the sand.

And what are the kids getting from social media?  Fearmongering. We subconsciously put these views into our kids with continuous headlines that police are bad, the world is ending due to the climate, God doesn’t exist, and loving your country is wrong (to name a few).

What do we expect the outcome to be… couple that with parents too afraid to discipline their own kids, the breakdown of the family, and pulling religious faith away from society as if it is a bad thing (all due to wokeness).

We are now dealing with the results of these breakdowns.

For the people that would circle this back to gun control as the main issue, I give you this: Would that solve the major drug epidemic that is killing our kids by the hundreds? Does it solve the suicide rates in young adults that are at record numbers that are which were not from the use of a gun?

People that are broken will find a way to cause harm. I want to keep focus on the essence of what we are doing as a society that is having a direct impact on our children. So, what do we do? How do we reverse course?

As a security professional I focus on the root cause and not the action. During my time in the Secret Service and CIA, I analyzed the reason of the action to use avoidance in my security development.

If I would take the same approach to avoid these incidents rather than combat the case, I would focus on bringing adult mentorship to our kids rather than having them grow up with social media influence.

I would focus on bringing back pride to our country so young adults can look at our nation as a beacon of hope rather than an oppressed demigod. I would instill morals and values centered around religion focusing on the love of others. I would show them that there is more to this world than they can even imagine.

Guns have always been around… that hasn’t changed. What has changed is how we bring up our kids that causes them to use those tools to hurt others. If we want to fix the issues, we need to focus on the root cause. I always believed what we take into our minds and hearts is what we put out to the world.

Like a small seed we need to water our children with good values centered around love and hope to build solid roots that will blossom and produce good fruit. Let’s refocus and build those strong roots and stop this madness. Our children are depending on us.