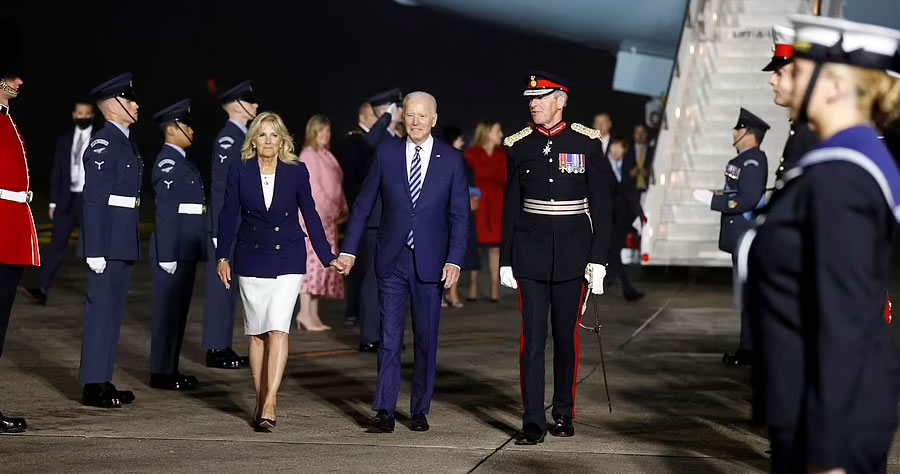 The White House backed down on Thursday after President Joe Biden was accused of rebuking British Prime Minister Boris Johnson for ‘inflaming tensions’ in Northern Ireland.

Officials tried to put out the flames of a major transatlantic bust-up ahead of Biden and Johnson’s first face-to-face sit down, scrambling to put a positive spin on the special relationship amid personal professional differences between the two leaders.

The flames were fanned when The Times UK reported that Biden ordered US officials to give Johnson an extraordinary diplomatic rebuke for putting the Northern Ireland peace process at risk over Brexit negotiations with the European Union.

Biden officials quickly denied the report ahead of the bilateral talks between the two leaders.

President Biden will not get ‘controversial or adversarial’ when he speaks to Johnson about Northern Ireland.

‘It will not be controversial or adversarial,’ a senior administration official told reporters on a briefing call ahead of the leaders’ sit down. ‘He didn’t come here to give a lecture.’

Biden will say to Johnson ‘what he has said publicly for a long time now,’ the official noted.