UK Says Russia Confirms Use Of Thermobaric Weapons In Ukraine 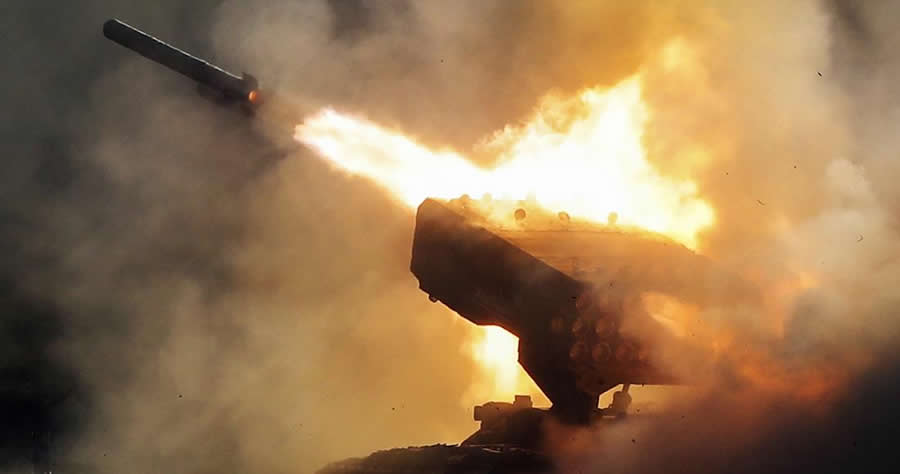 According to the British Ministry of Defense, Russia confirmed it indeed has used thermobaric weapons, also known as “vacuum bombs,” against the Ukrainian people. A “Vacuum bomb” uses oxygen from the surrounding air to generate a high-temperature explosion. It creates “a blast wave that lasts far longer than conventional explosives,” Fox News noted, adding, “Pentagon Press Secretary John Kirby, meanwhile, said Wednesday afternoon that he has seen ‘no indications’ that Russia has used thermobaric weapons in Ukraine.”

Thermobaric weapons, or vacuum bombs, are a type of two-stage munition that create enormous explosions. Launched in a rocket or artillery shell, the first explosive charge spreads an aerosol akin to vaporized gasoline over the area. A second charge then ignites the aerosol fog, creating a huge blast, flames, a large pressure wave and a vacuum as oxygen from the surrounding air is sucked up. … Victims can be killed by the blast or the accompanying shock wave, and the subsequent vacuum can rupture people’s lungs.

The British Ministry of Defense tweeted on Wednesday, “The Russian MoD has confirmed the use of the TOS-1A weapon system in Ukraine. The TOS-1A uses thermobaric rockets, creating incendiary and blast effects.”

The Russian MoD has confirmed the use of the TOS-1A weapon system in Ukraine. The TOS-1A uses thermobaric rockets, creating incendiary and blast effects.

Watch the video below for more information about this weapon and its devastating impact.