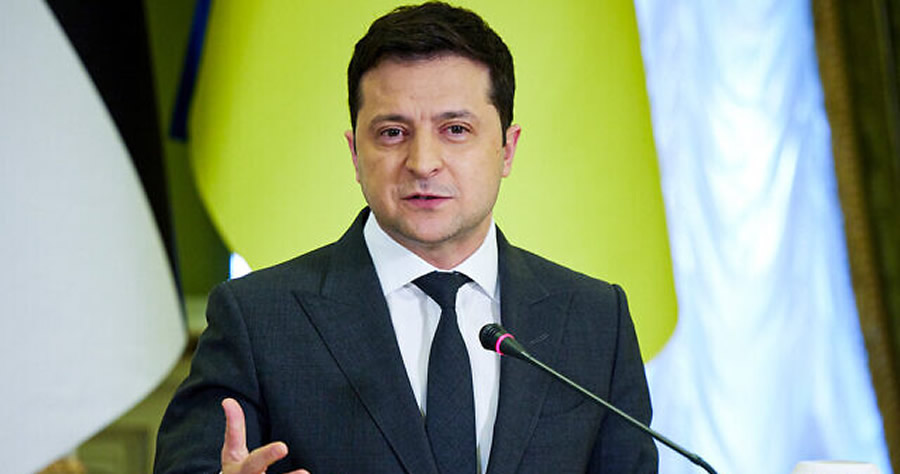 An embattled Ukraine moved to solidify its bond with the West Monday by signing an application to join the European Union, while the first round of Ukraine-Russia talks aimed at ending the fighting concluded with no immediate agreements.

Ukraine President Volodymyr Zelenskyy posted photos of himself signing the EU application, a largely symbolic move that could take years to become reality and is unlikely to sit well with Russian President Vladimir Putin, who has long accused the West of trying to pull Ukraine into its orbit.

Russian and Ukrainian officials held their meeting on Day Five of the war under the shadow of Putin’s nuclear threats, and with Moscow’s invasion of Ukraine running into unexpectedly fierce resistance.

Early Monday night, a top adviser to Ukraine’s president said that the first round of talks with Russia had ended and that both delegations had returned home for consultations in their capitals.

Mykhailo Podolyak gave few details except to say that the talks, held near the Ukraine-Belarus border, were focused on a possible cease-fire and that a second round could take place “in the near future.”