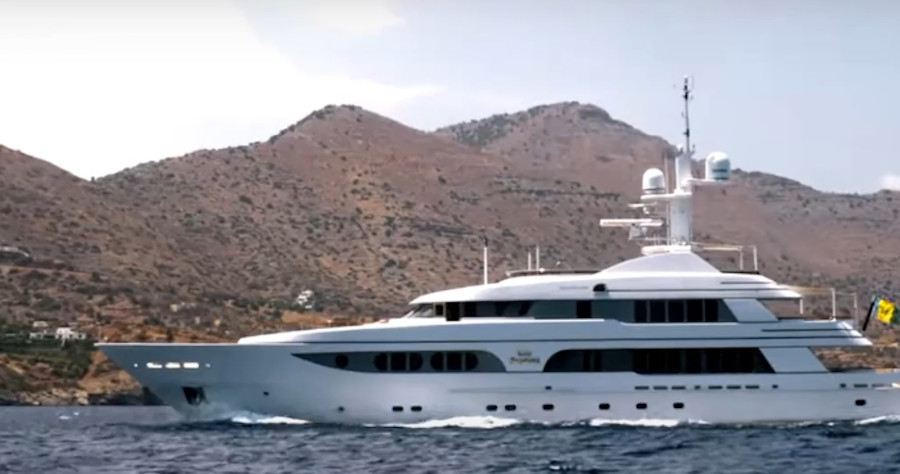 The yacht — named Lady Anastasia — is owned by businessman, Alexander Mijeev, who is the CEO of Russian military weapons company, Rosoboronexport.

When officers arrived to arrest Ostapchuk, the crew member allegedly said: “My boss is a criminal who sells weapons that kill the Ukrainian people.”

Ostapchuk said he was spurred to sabotage the luxury yacht after seeing news reports of Russia’s invasion of Ukraine, according to the local outlet.

“I watched the news about the war. There was a video of a helicopter attack on a building in Kyiv. The armaments used are produced by the yacht owner’s company. They were attacking innocents,” Ostapchuk said as he faced court.

He told the judge he didn’t regret his actions and “would do it again.”

The yacht reportedly suffered severe damage to its engine room.

Ostapchuk, who had worked on the yacht as a mechanic for a decade, was later released from custody and has since left Spain.

He intends to return to his native Ukraine to help fight.

“I’m going to fight. As soon as I reach the first Ukrainian city I will look for a military commander and ask him if they need me,” Ostapchuk told the local outlet.

“I told myself: ‘Why do I need a job if I have my country. I had a good job as a head mechanic on the boat and a good salary but I am going to fight for my nation.”

”I am not going to lose my country. I am not a hero, I’m a middle-aged man, but I have a lot of experience as a mechanic.”

“I’ve never held a weapon but if necessary I will. Why not!”