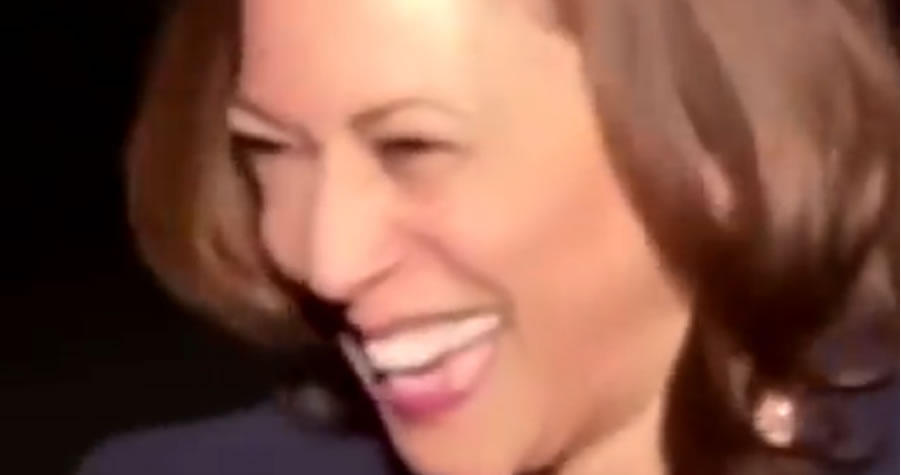 Vice President Kamala Harris nervously laughed and dismissed a reporter’s inquiry as she headed to Singapore amid Afghanistan chaos.

Harris initially claimed to have had a key role and that she was ‘the last person in the room’ when Biden chose to follow through with the May 1 deadline to retreat US troops from Afghanistan.

But her remarkable absence and lack of communication with the media and the American public have not escaped backlash, as 47% of likely voters found her ‘not at all qualified’ to become President, according to a Rasmussen Reports poll.

Reporter: “What’s your response to reports of Americans—“

Kamala Harris: “Hold on. Hold on. Slow down everybody. Hahaha. Um, I want to talk about two things. First, Afghanistan — we couldn’t have a higher priority right now.”pic.twitter.com/oUv9yAtDfk


In a newly-unearthed part of a chat with reporters filmed as Harris prepared to depart for Singapore late Friday, the Vice President displays her infamous nervous laugh before flying to Singapore for an official visit, the Washington Examiner reported.

‘What’s your response to reports of Americans-‘ an eager reporter says over the jet engines noise.

‘Slow down, everybody,’ she said after a big laugh.

‘I want to talk about two things,’ Harris then said. ‘First, Afghanistan, we couldn’t have a higher priority right now,’

‘And in particular high priority is making sure that we safely evacuate American citizens, Afghans who worked with us, Afghans at risk, including women and children, and that is one of our highest if not the highest priority right now.’

‘And it’s a big area of focus for me in the past days and weeks, and will continue to be,’ she added.

During a press conference in Singapore this morning Harris boasted that ‘the US is a global leader’.

Everything is a joke to her

The casualness that they address Afganistan is so demeaning.