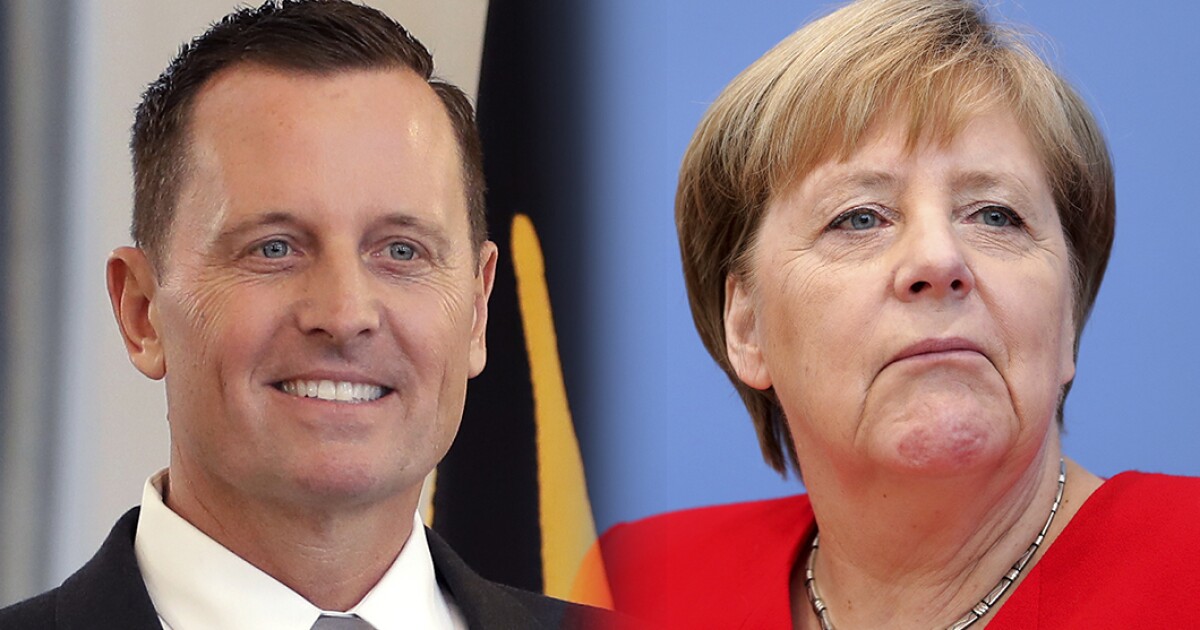 Merkel weighed in on the feud between President Trump and a group of freshman House members known as “the squad” on Friday and denounced some of the president’s recent comments toward Reps. Ilhan Omar of Minnesota, Alexandria Ocasio-Cortez of New York, Rashida Tlaib of Michigan, and Ayanna Pressley of Massachusetts.

“I decisively distance myself from [Trump’s comments] and I feel solidarity with the women who were attacked,” Merkel said at a news conference on Friday.

Grenell hit back at Merkel, calling on the German chancellor to denounce remarks from members of the squad that many have labeled anti-Semitic.

“Why isn’t the anti-Semitism from ‘the squad’ being condemned? [Ocasio-Cortez’s] claim that there are ‘concentration camps’ on the US border is absurd,” Grenell tweeted, referring to a June 18 Instagram video in which Ocasio-Cortex compared migrant detention centers to “concentration camps” and invoked the Holocaust-inspired phrase, “never again.”

Why isn’t the anti-Semitism from “the squad” being condemned? @aoc’s claim that there are “concentration camps” on the US border is absurd. https://t.co/oXVg8TS2dl

Omar and Tlaib introduced a resolution earlier this week to support the Boycott, Divestment and Sanctions movement, which is widely seen as a cloak for anti-Semitism, and called on the U.S. to cut support for Israel.

In February, Omar said in a tweet, “It’s all about the Benjamins baby,” while accusing Israel of buying influence in Congress. She later backed off the tweets, saying she did not intend them to be anti-Semitic.

On Sunday, Trump told the group of “‘Progressive’ Democrat Congresswomen” to “go back and help fix the totally broken and crime infested places from which they came” over their criticisms of the U.S. Many lawmakers and media figures called the comments racist and xenophobic.