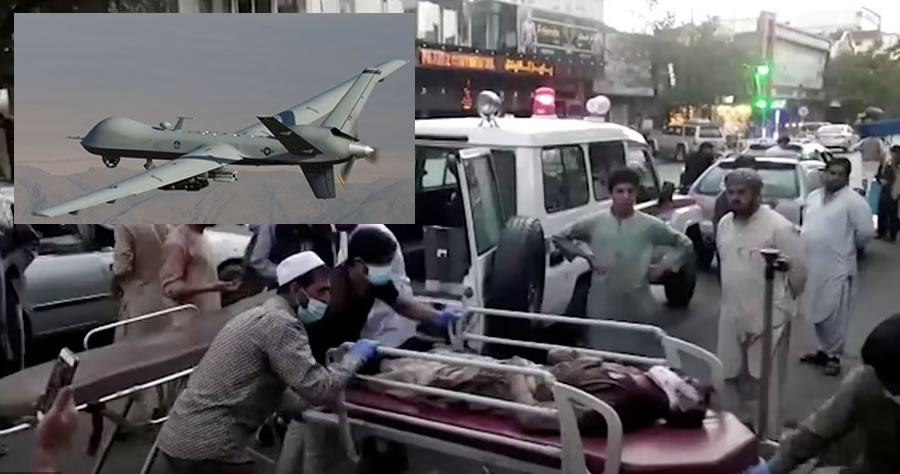 US forces hit back at the Islamic State on Friday, launching a drone strike against the terror group’s affiliate in Afghanistan — less than 48 hours after the devastating Kabul airport suicide bomb attack which killed at least 13 American service members and 169 Afghans.

In a statement, US Central Command (CENTCOM) said the operation targeted a “planner” of ISIS-K, the group also known as the Islamic State Khorasan, which took credit for Thursday’s deadly attack.

“The unmanned airstrike occurred in the Nangarhar Province of Afghanistan. Initial indications are that we killed the target,” said Capt. Bill Urban of Central Command.

“We know of no civilian casualties,” he added.

The strike took place a little after President Biden on Thursday evening vowed to “not forgive” and “not forget” those responsible for the attack, and said he had ordered US generals to plan retaliatory strikes on the group’s key assets.

“We will hunt you down and make you pay,” Biden said in remarks from the White House Thursday evening. “I will defend our interests and our people with every measure at my command.”

A defense official told The Associated Press that Biden had authorized the strike, which was then ordered by Defense Secretary Lloyd Austin.

The drone was launched from outside Afghanistan in a “over-the-horizon counterterrorism operation,” Urban said.