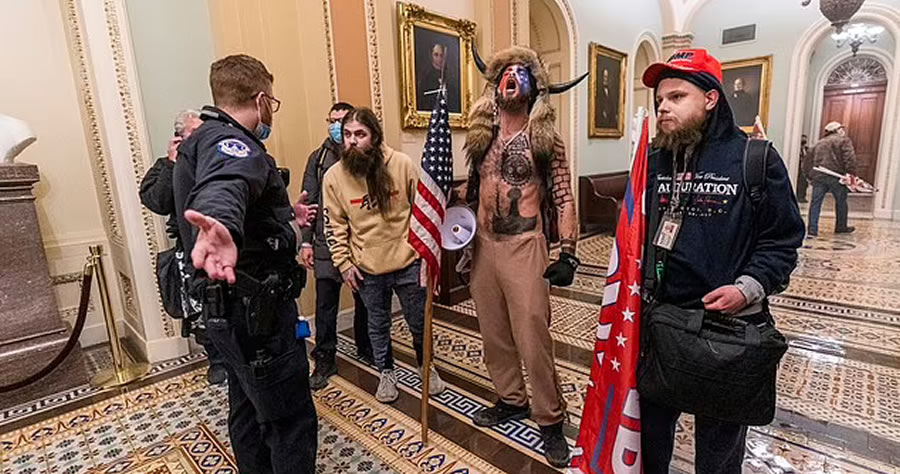 Capitol Police and intelligence agencies including the FBI knew Trump supporters were threatening to storm the Capitol and wanted to target Democrat lawmakers weeks before January 6, but didn’t act, a bipartisan Senate Report has revealed.

Law enforcement was aware of a plot to breach the Capitol, that maps of the building’s tunnel system had been shared online, and that supporters were planning to bring guns to D.C., but failed to act or share information with uniformed cops.

One comment seen on a pro-Trump website by intelligence agencies before January 6 read ‘this is do or die. Bring your guns’.

‘If they [cops] don’t show up, we enter the Capitol as the Third Continental Congress and certify the Trump Electors,’ another comment on the site read.

The 127-page report, released on Tuesday morning, also said Capitol Police were heavily compromised by multiple failures – poor planning, faulty equipment and a lack of leadership – during the attack.

The force’s leadership ‘broke down’ once protesters had breached the Capitol, it said. Senior police were fighting instead of giving orders and left officers on the front lines without direction.