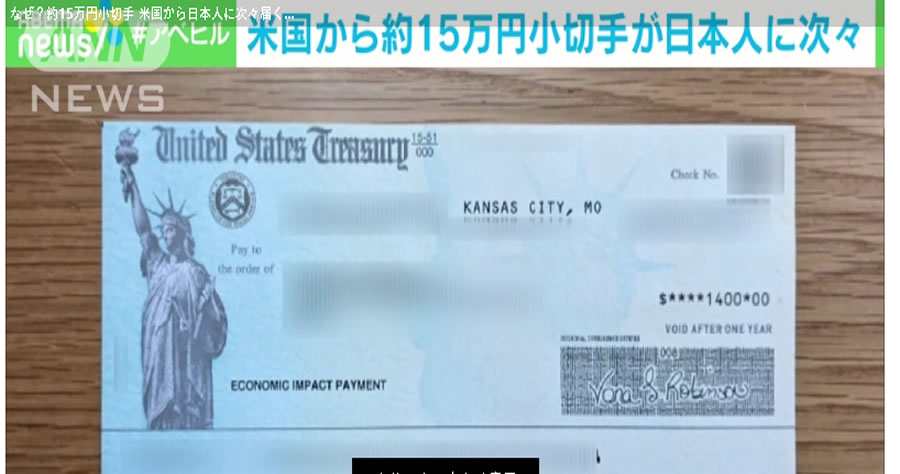 Why do Americans tolerate this kind of incompetence from their government?

Across the globe, people of virtually every nationality are receiving $1400 relief payments from Uncle Sam. How is this possible?

Anyone foreign ex-patriot who has ever worked in the US for even a short period of time and made enough income to have Social Security deducted from their paychecks, however small is officially on the government record and may be eligible for payments.

British, German, Japanese, Lebanese, Indonesian, Chinese, Spanish… say they worked in the US in the 1970s for a few years, for example, and then they relocated back to their home country, also in the 1970s.

Now, they’re receiving checks in the mail in their home country and wondering what to make of it all.

For example, Japanese television broadcasts voiced concerns by check recipients that the checks might be a scam. But it isn’t a scam.

Over 70,000 Japanese citizens living in Japan have received $1400 checks from Uncle Sam. Many have long retired and accumulated ample wealth. They express surprise at receiving the checks and wonder what they should do with them.

This writer knows retired Japanese who do not need any subsidies from any source, let alone the US government, express wonder that a government could either be so generous as to send $1400 per person checks to foreign nationals, or be so stupid.

It is not a question of race or racism. They could receive benefits from their own government.

It’s a question of competence. Or, rather, lack of same.

How long will American tolerate such nonsense from their government?