Uyghurs in Turkey Call for Boycott of Beijing Olympic Games 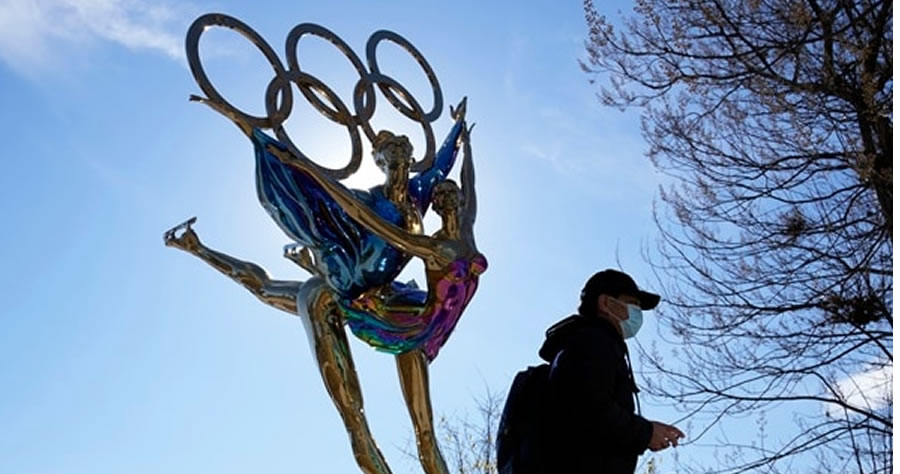 Dozens of people from China’s Uyghur Muslim ethnic group protested in Istanbul on Sunday, calling for a boycott of next month’s Winter Olympics in Beijing over China’s treatment of the minority.
The protesters gathered outside the city’s Turkish Olympic Committee building, waving the blue-and-white flags of the independence movement of East Turkestan, a group Beijing says threatens the stability of its far western region of Xinjiang.

“China stop the genocide, China close the camps,” chanted the demonstrators, some holding up a banner reading “Stop Genocide Olympics.”

Chinese authorities have been accused of facilitating forced labor by detaining around a million Uyghurs and other primarily Muslim minorities in camps since 2016.

China initially denied the camps existed, but has since said they are vocational centers and are designed to combat extremism. It denies all accusations of abuse.

“China does not have the right to host the Olympics while committing all the torture, cruelty and genocide against Uyghurs,” said headscarved Uyghur housewife Munevver Ozuygur, who said she had relatives in camps in China.

The Beijing Olympics begin on Feb. 4.

The United States and many of its allies, including Britain, Canada, Australia, Japan and Denmark, have said they will not send official diplomatic delegations to the Games in protest at China’s rights record.