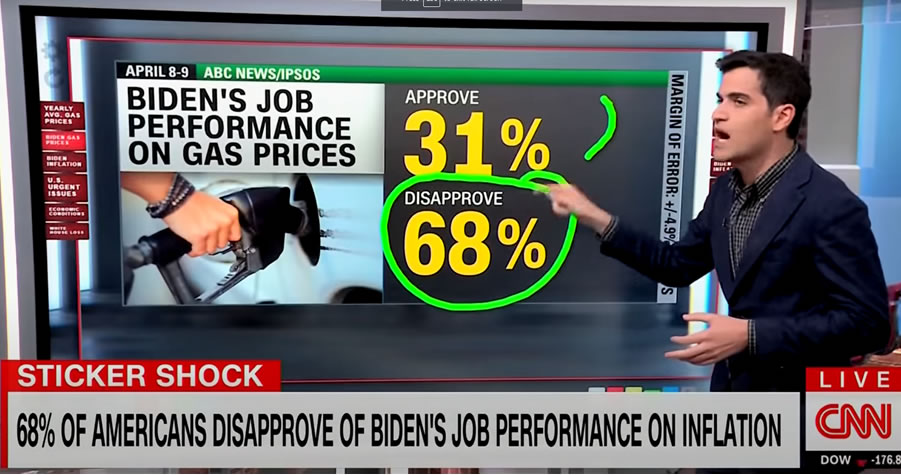 This is CNN. This is not Fox News or Newsmax breaking down the polling on President Biden’s handling of the economy and concluding Democrats face the probability of historic losses in the midterm elections this fall.
A network reporter pointed out to host Jake Tapper on “The Lead” program the figures in an ABC News/Washington Post poll.

A Gallup poll found 85 percent of Americans rate the current economic conditions as only fair or poor, which is the worst evaluation since 2010. And 77 percent believe it will get worse.

“These are historic numbers,” the CNN reporter said, and “it’s likely to hurt Democrats in this midterm.”

Twitter user Joe Maxonn, a self-described “life-long Democrat” with 5,000 followers on the platform, expressed his displeasure Tuesday with CNN’s coverage of Biden.

“I watched CNN most of today. They are really down on the President,” he wrote. “I was just watching Jake Tapper, they should all just sell out to Murdoch. CNN will not be on in my house again.”