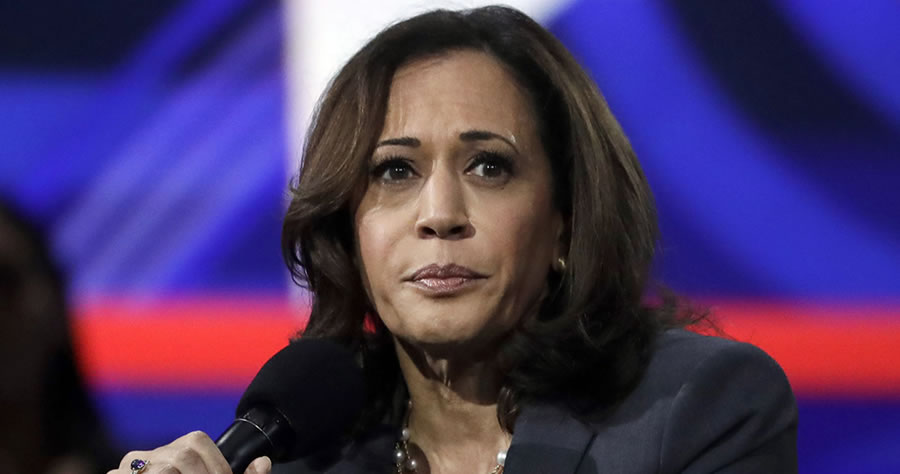 Last January, Cheney issued a statement attributing blame for the violent and chaotic Jan. 6 episode to then-President Donald Trump. In part of that statement, she declared that Trump “summoned this mob, assembled the mob, and lit the flame of this attack.”

Judy Woodruff of PBS read Cheney’s quote and asked Harris whether the lawmaker was correct.

“Yes,” Harris said. “I applaud her courage to speak truth.”

Cheney, who was one of 10 House Republicans to vote in favor of impeaching then-President Trump in the wake of the Jan. 6, 2021 Capitol riot, has been an outspoken Trump critic, and was ousted last year from her role as House Republican Conference chair.

WATCH: Vice President Kamala Harris tells @JudyWoodruff that she applauds GOP Rep. Liz Cheney’s courage in trying to hold former President Trump accountable for the Jan. 6 attack — one of few Republicans to do so.

“These are moments where we must speak truth,” Harris says. pic.twitter.com/IL6EHKG9Oz