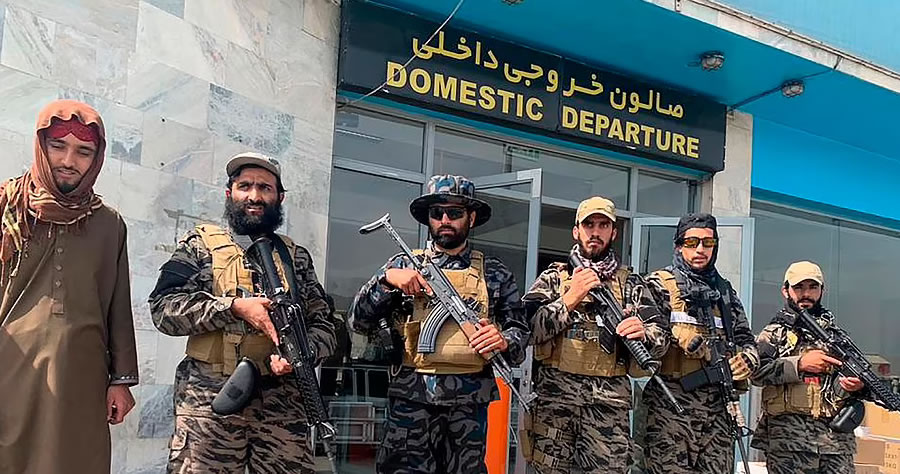 The Taliban celebrated the US withdrawal from Afghanistan with fireworks and gunfire early Tuesday — as the insurgents also stormed Kabul airport and examined the helicopters, weapons and military uniforms abandoned by the US in their frantic final exit.

The sound of gunfire and cheers erupted at multiple Taliban checkpoints throughout the city and at Kabul’s Hamid Karzai International Airport after the final five US military transport planes lifted out of Afghanistan.

Just minutes after the final US troops vacated Kabul’s airport, the Taliban stormed in and triumphantly stood on the tarmac as the militants pledged to secure the country.

Footage released by the Taliban showed heavily armed fighters examining multiple Chinook helicopters, vehicles and weapons left behind by US troops following the frantic mass evacuations over the last two weeks that cost the lives of 13 U.S. service members and more than 180 Afghans.

A huge pile of US military uniforms was spotted dumped in the middle of an airport hangar. 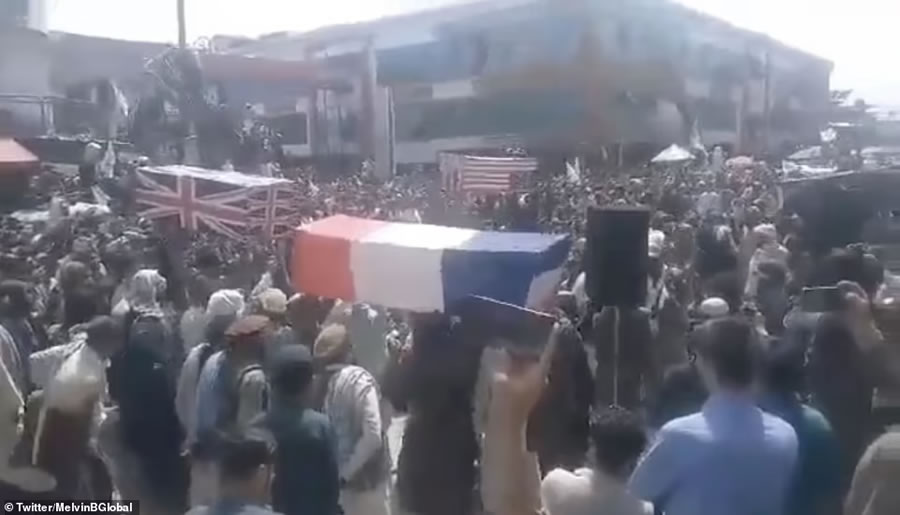 Fake coffins draped with the British, American, French and NATO flags were paraded through the streets of Khost in Afghanistan today as the Taliban celebrated the end of western ‘occupation’

This has to be the biggest military fuckup by a US President since….since….help me out guys, I can’t think of one. https://t.co/J39tIYszPf